Looking a Gift Horse in the Mouth?

In this Centenary year, Canberra is honouring its oldest and newest residents with a commemorative medallion. Commemorative medallions have been used to mark significant events in Australia’s history on several occasions, such as the opening of Parliament House in 1988 and the introduction of decimal currency in 1966.

Another Canberra occasion considered medallion-worthy was the commencement of self-government in 1989. While today’s special keepsake is reserved for a select group—those born, or aged one hundred or more, on 12 March 2013—in 1989 all Canberra school children were entitled to the memento. File ‘89/1966 – Australian Capital Territory Schools Authority – ACT Self Government Commemorative Activities – Schools’, documents the distribution of the medallions, and is ArchivesACT’s May Find of the Month.

The medallion features the Canberra City Coat of Arms surrounded by the words ‘Establishment of ACT Government 1989’. The reverse side features a relief map of the ACT and the Royal Bluebell, Canberra’s floral emblem: 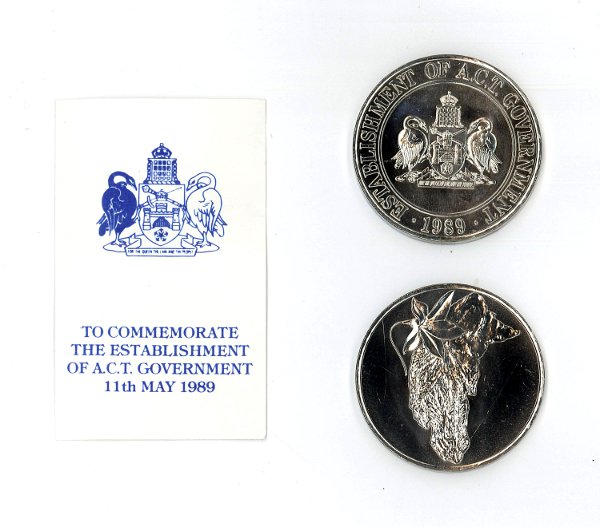 The advent of self-government was widely opposed in Canberra at the time. It is not surprising, then, that these medallions created some controversy. As well as marking a moment of unwanted change, the medallions were seen by some as an extravagance during a time of tight budgets. Several parent and teacher groups made their feelings known to the government, such as the Farrer Preschool Parents Association: 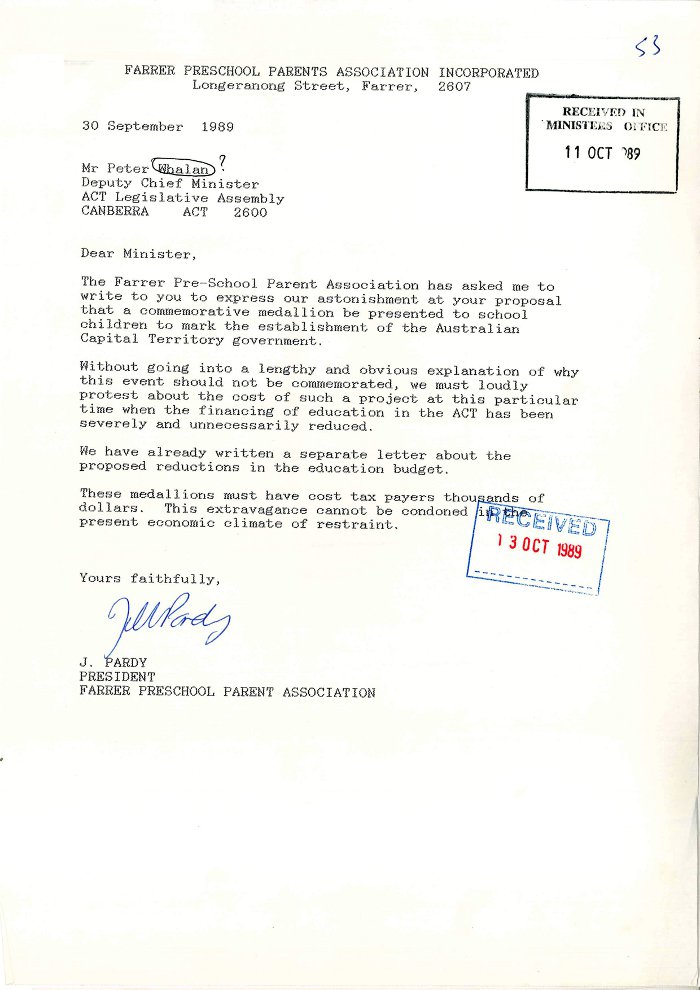 Not everyone understood that the medallions were a Commonwealth government initiative, or that their cost—fifty-one cents each—was not funded from the ACT’s education budget. Boxes of medallions were returned to the new ACT Government unopened. Industrial action during 1989 also prevented Legislative Assembly members from presenting the medallions as planned. Schools were instructed to make internal arrangements to distribute them. Some students who did receive medallions returned them in protest at what they saw as a waste of money. This lead to the following response from the ACT’s education minister to a letter in the Canberra Times from one student who had returned her medal: 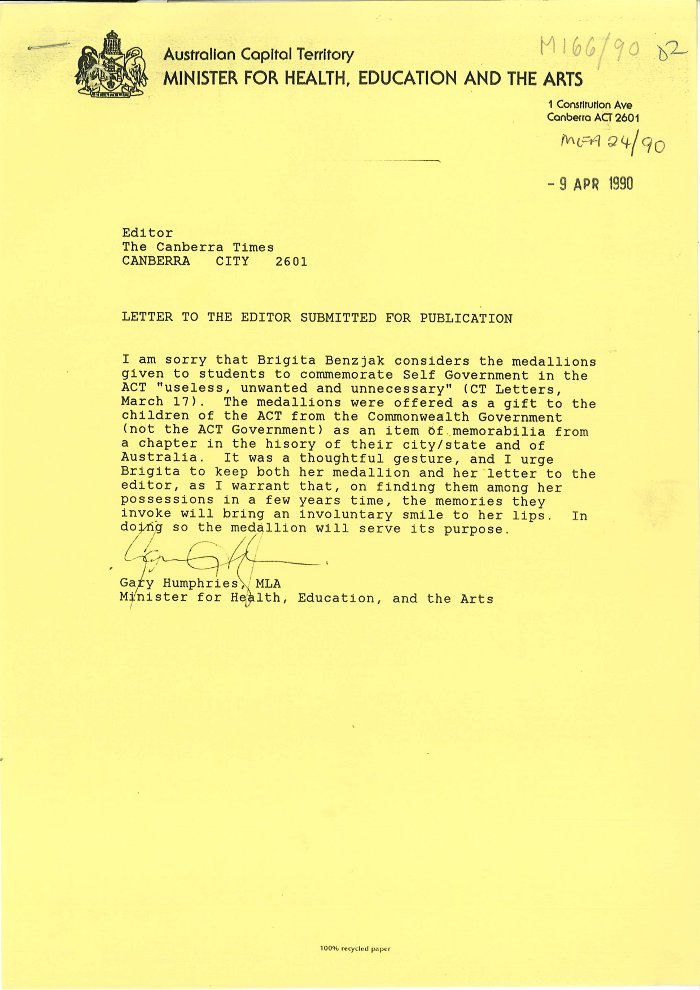 A PDF of the letters published above can be downloaded here:

ArchivesACT has some of the medallions that may not have reached the children of Canberra. If you would like to receive your medallion—24 years late—visit ArchivesACT, upstairs at the Woden Library, between 10am and 3pm Monday to Friday.