Armorial Bearings of the City of Canberra

The coat of arms used on several ACT Government buildings, for instance the ACT Legislative Assembly and ACT Magistrates Court, is not granted to the Australian Capital Territory but to the Federal Capital Commission and its successors; the successor is the ACT Government.

The actual grant is still held by the National Archives of Australia, rather than the Australian Capital Territory. See the Documenting our Democracy website for the Grant of ‘Supporters’ to the Arms of the Federal Capital Commission and the City of Canberra by the Royal College of Arms, 9 November 1928 here: http://www.foundingdocs.gov.au/enlargement.asp?eID=113&pID=103

The following document describes in heraldic terms the picture that is the armorial bearings. 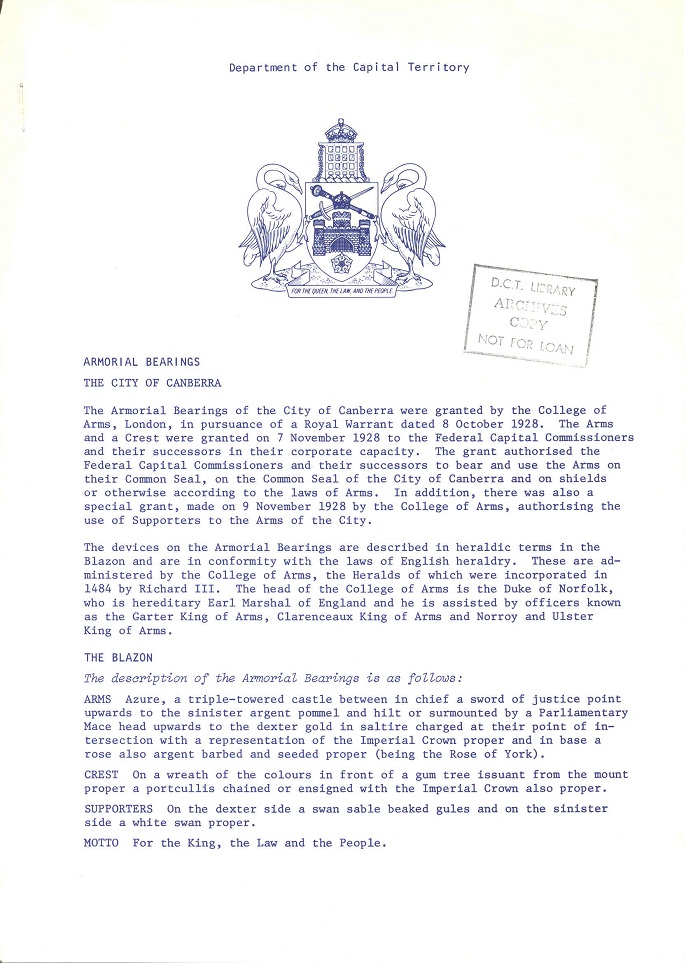 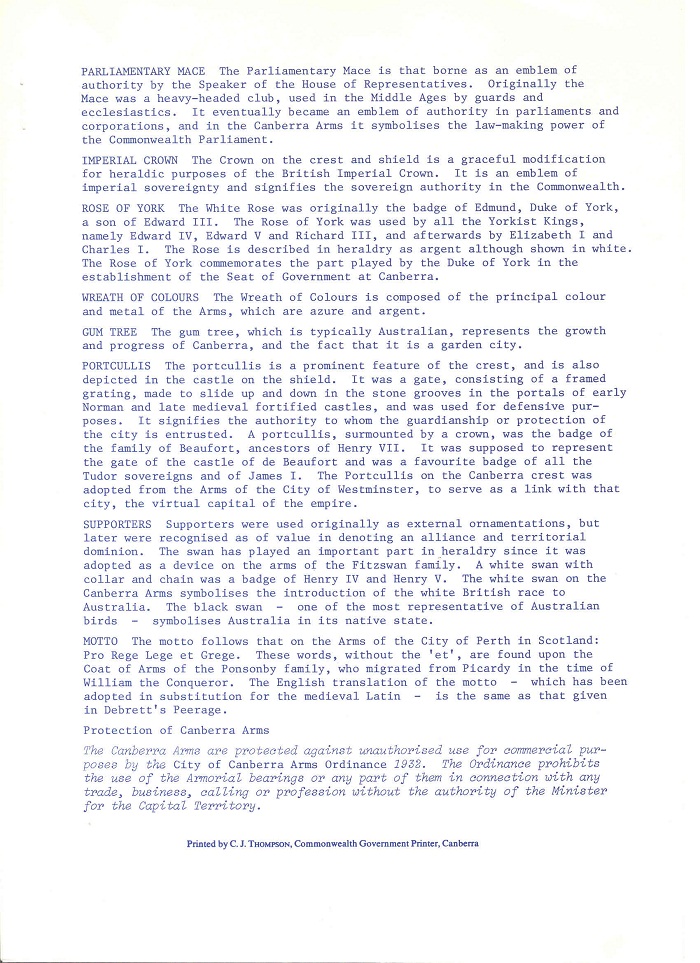