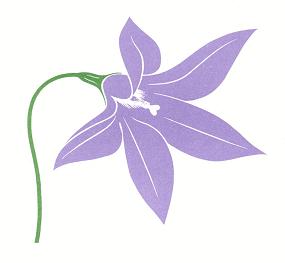 The file ‘81/4653 Legislation Branch - Floral Emblem for the ACT’ covers the selection and announcement of the floral emblem for the ACT.  Folios in this file also raise the issue of copyright and potential misuse of the emblem once it became officially gazetted. 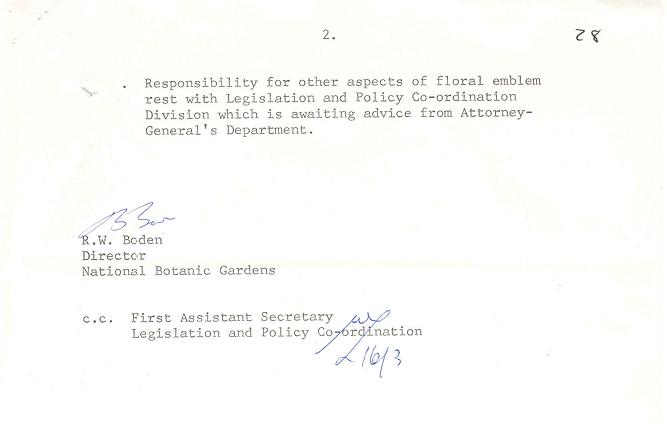 The Royal Bluebell (Wahlenbergia gloriosa) was selected as the floral emblem for the ACT.  This was announced by the Minister for the Capital Territory, Michael Hodgman on the 26th of May 1982, a copy of his press statement follows. 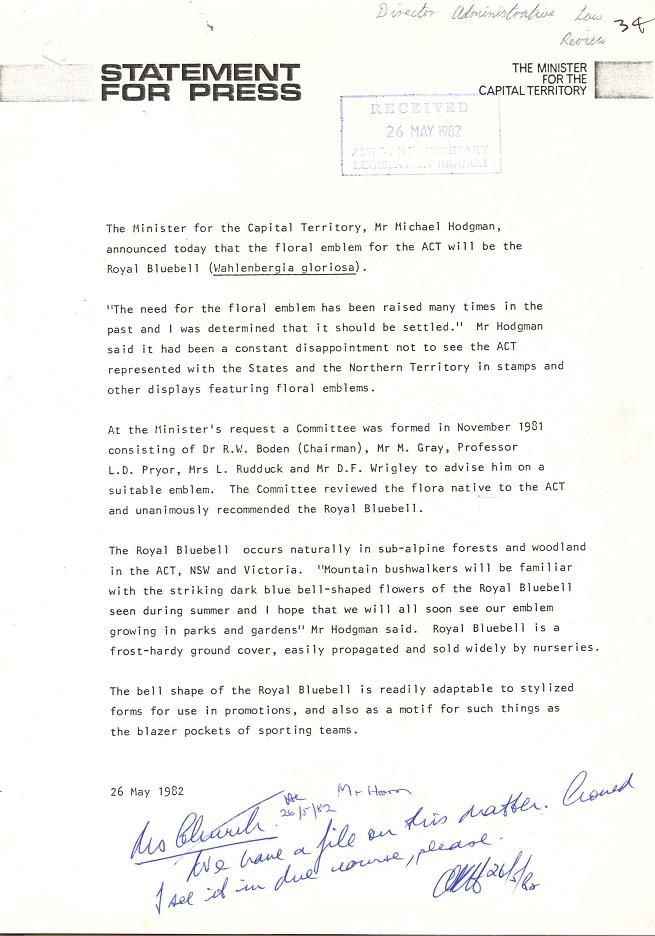 After the announcement it was proposed that the Royal Bluebell be formally adopted by gazettal and a proclamation by the Governor General.  This also raised legal issues related to inaccurate representations and inappropriate usage of the emblem and the possiblity of charging fees for its usage. 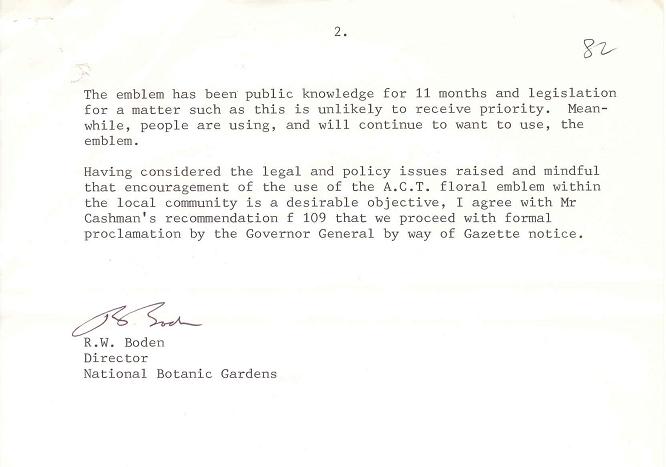 The Royal Bluebell was formerly endorsed by the ACT Legislative Assembly in the Australian Capital Territory Gazette No.22, 4 June 1997 along with the ACT’s Faunal Emblem, the Gang Gang Cockatoo.  The Legislative Assemblie's debates and the gazettal can be viewed via the following links: 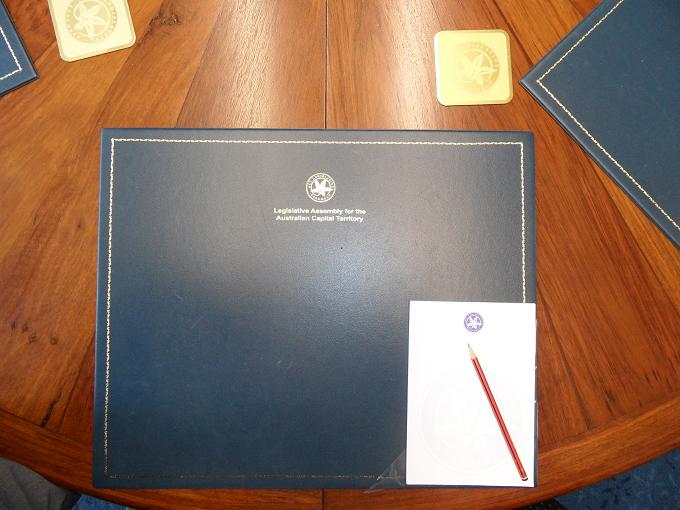 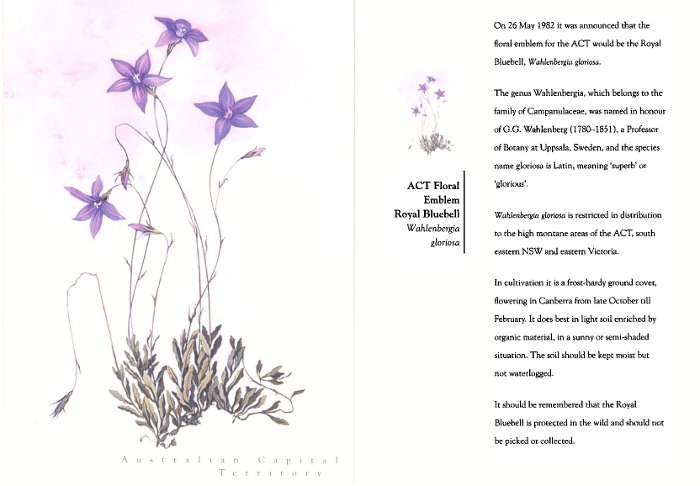 The ACT also has two other floral emblems.

The first is the Rosa ‘Canberra Rose’ was selected as the ACT emblem to commemorate the Centenary of Federation: Canberra Federation Rose

NOTE: All Australian wildflowers are protected making it illegal to pick or collect Royal Bluebells in the wild.