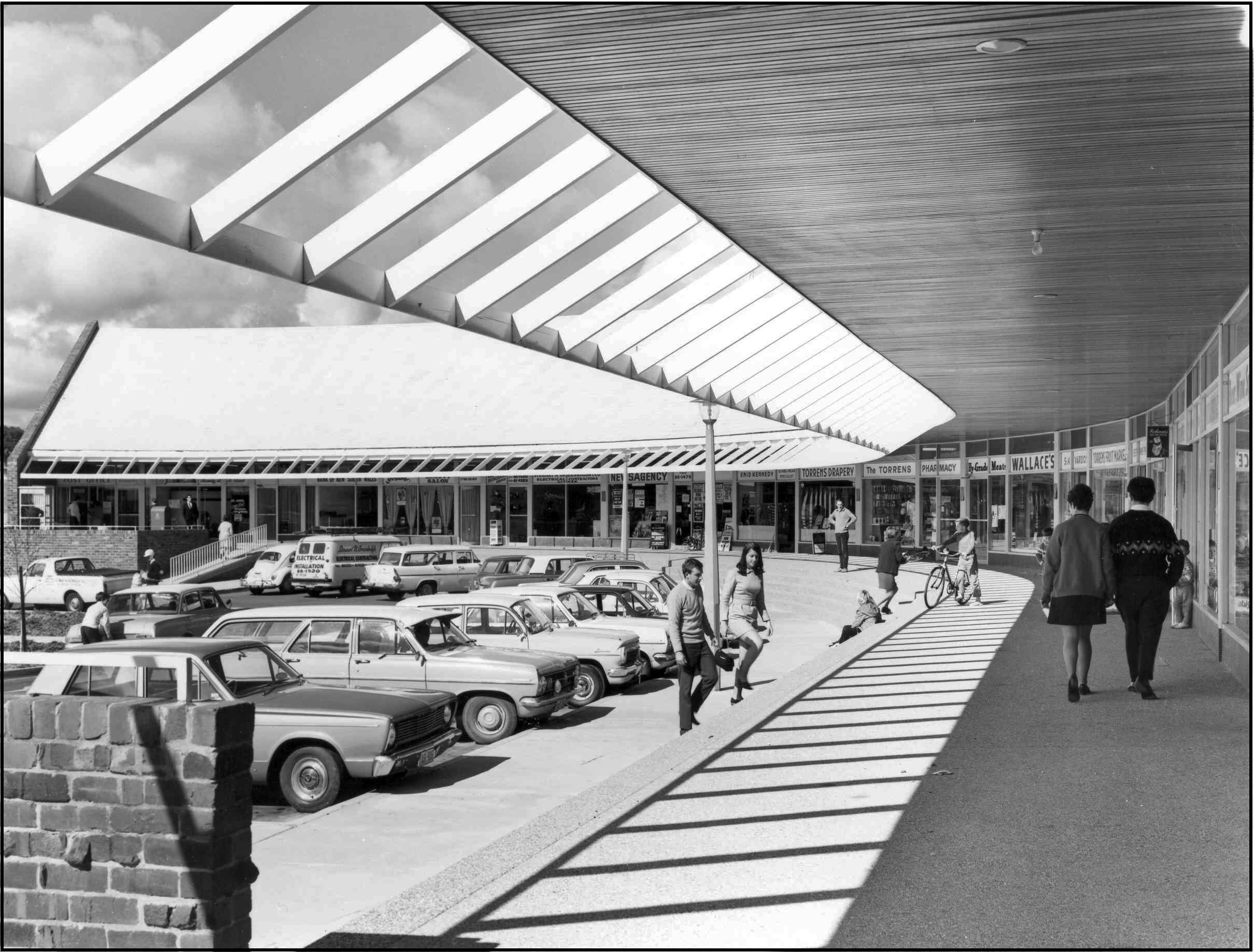 According to the records chosen for our April Find of the Month, early National Capital Development Commission (NCDC) planning for Canberra’s retail centres was based on a three-tier hierarchy comprising of neighbourhood centres, town centres and the Civic centre. In 1963 this policy was amended to include the ‘group’ centre as a “supermarket-dominated primary convenience centre”, and the size of neighbourhood centres were to be reduced in size and referred to as ‘local’ centres. In 1978 the planning for the development of the group shopping centres was surveyed and reviewed, and similar assessments were made of the local centres in the 1980s. Thankfully, for those of us who like to take a nostalgic look back at our local community hubs, photographs were taken and dutifully filed with the planning records collected during the surveys.  We thought it would be fun to display some of the photographs in this month’s article, along with a selection of notes taken from some of the shopping centre surveys. 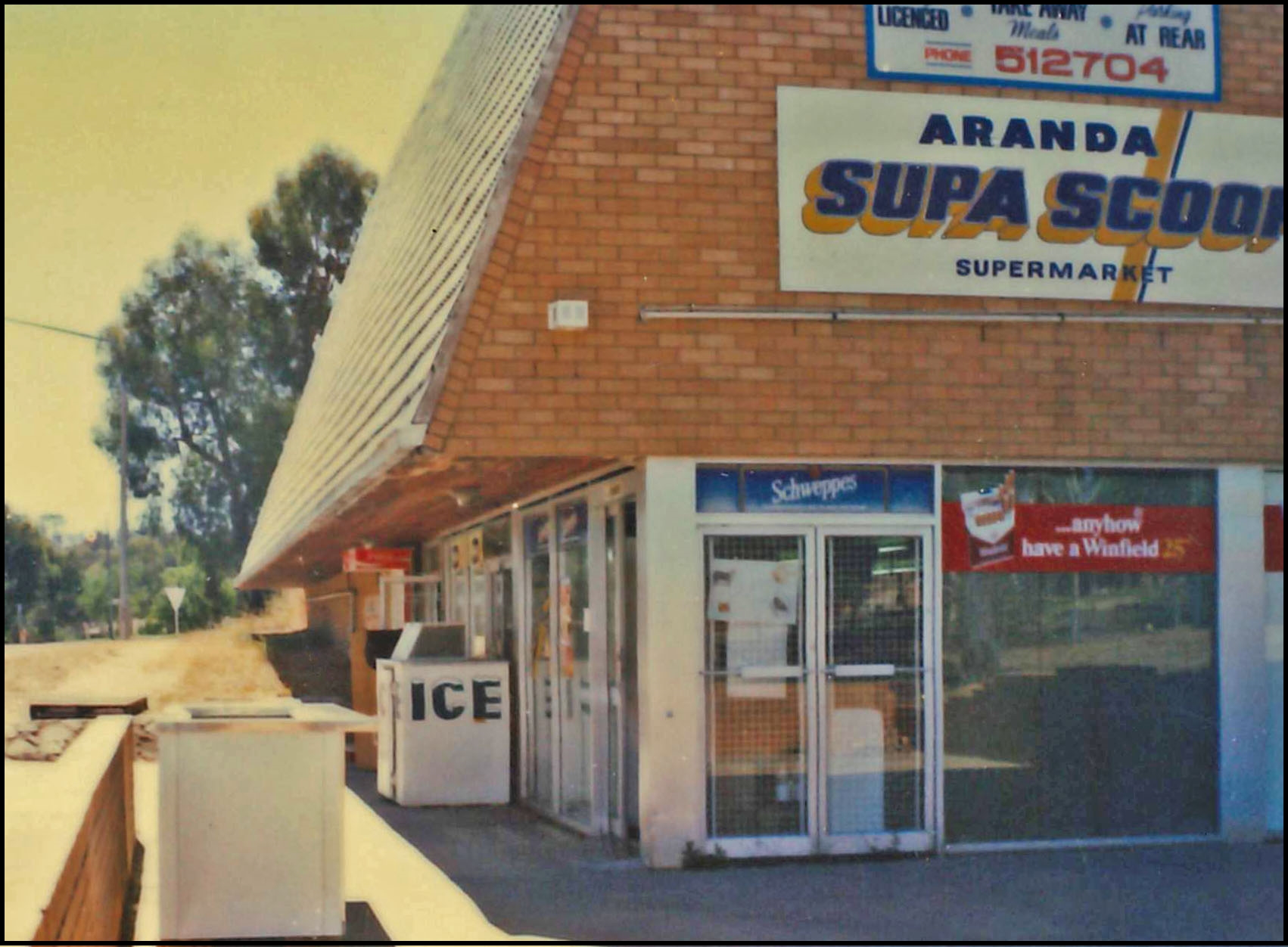 * In June 1984 Aranda Local Shopping Centre was servicing a population of 2,900.
* Shopping services included a supermarket, post office, hairdresser, restaurants and a butcher.
* The supermarket was the only shop with street frontage, but the centre didn’t include a service area; parking was thought to be inadequate.
* In 1977 a proposal to include a tavern was not supported by the National Capital Development Commission. * In June 1984 Cook SC was servicing a population of 3,300.
* Supermarket signage was thought to be an ‘undesirable’ treatment of the roof line.
* Shopping services included a post office, hairdressers, framing, restaurant and butcher.
* Unlawful structures included galvanised roofing over the service area that was ‘held down by the occasional brick’. 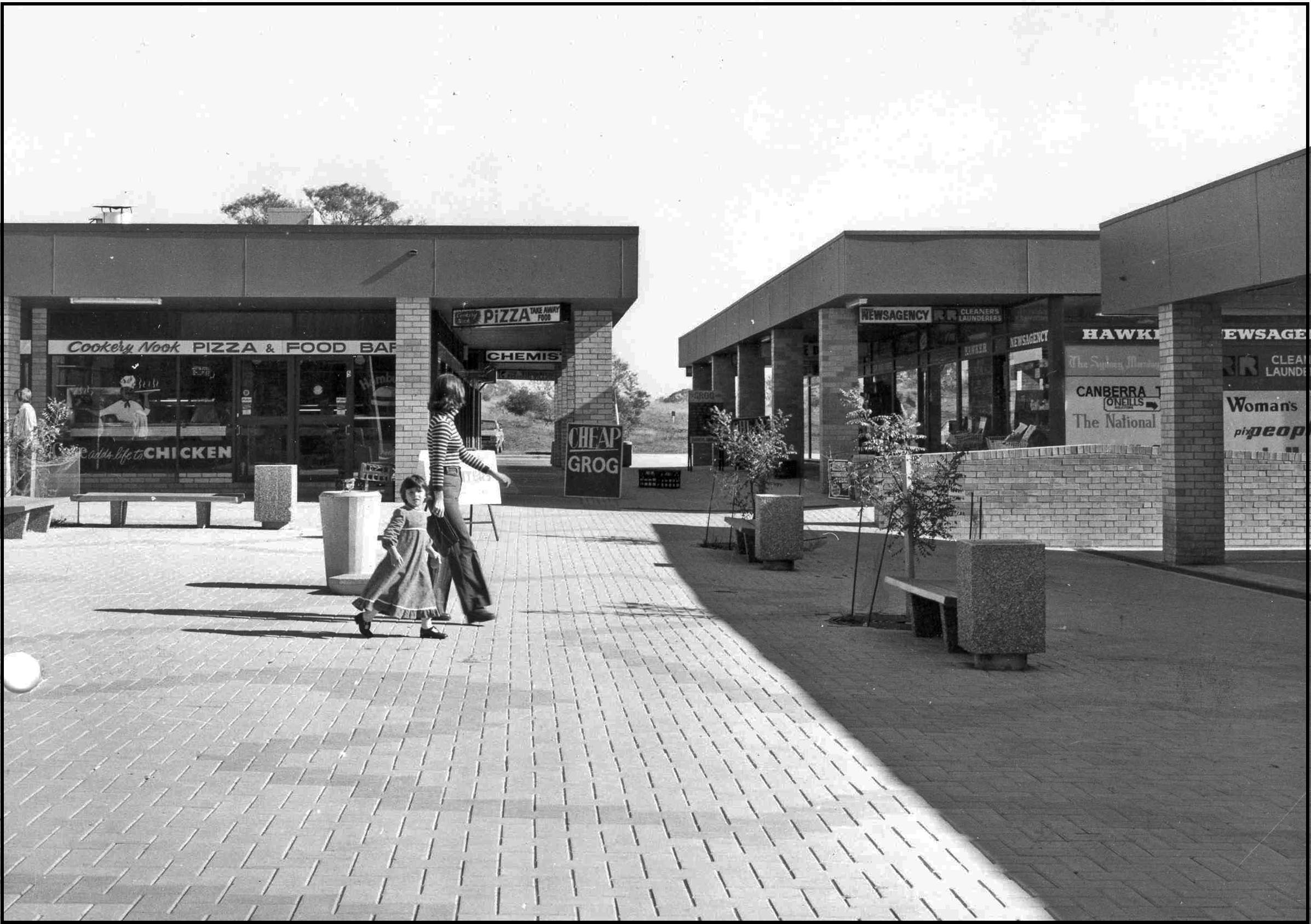 * Unlike other intermediate and group centres, Hawker Group Centre had a ‘strong bias’ toward restaurant and food service outlets at the expense of footware/clothing, hardware, general store and delicatessen outlets.
* Outlets included the ‘Kung Fu’ Chinese restaurant, ‘Cookery Nook’ pizza bar and the ‘Great Australian Ice Creamery’.
* Internal layout, landscape deficiencies and parking were considered to be planning issues. 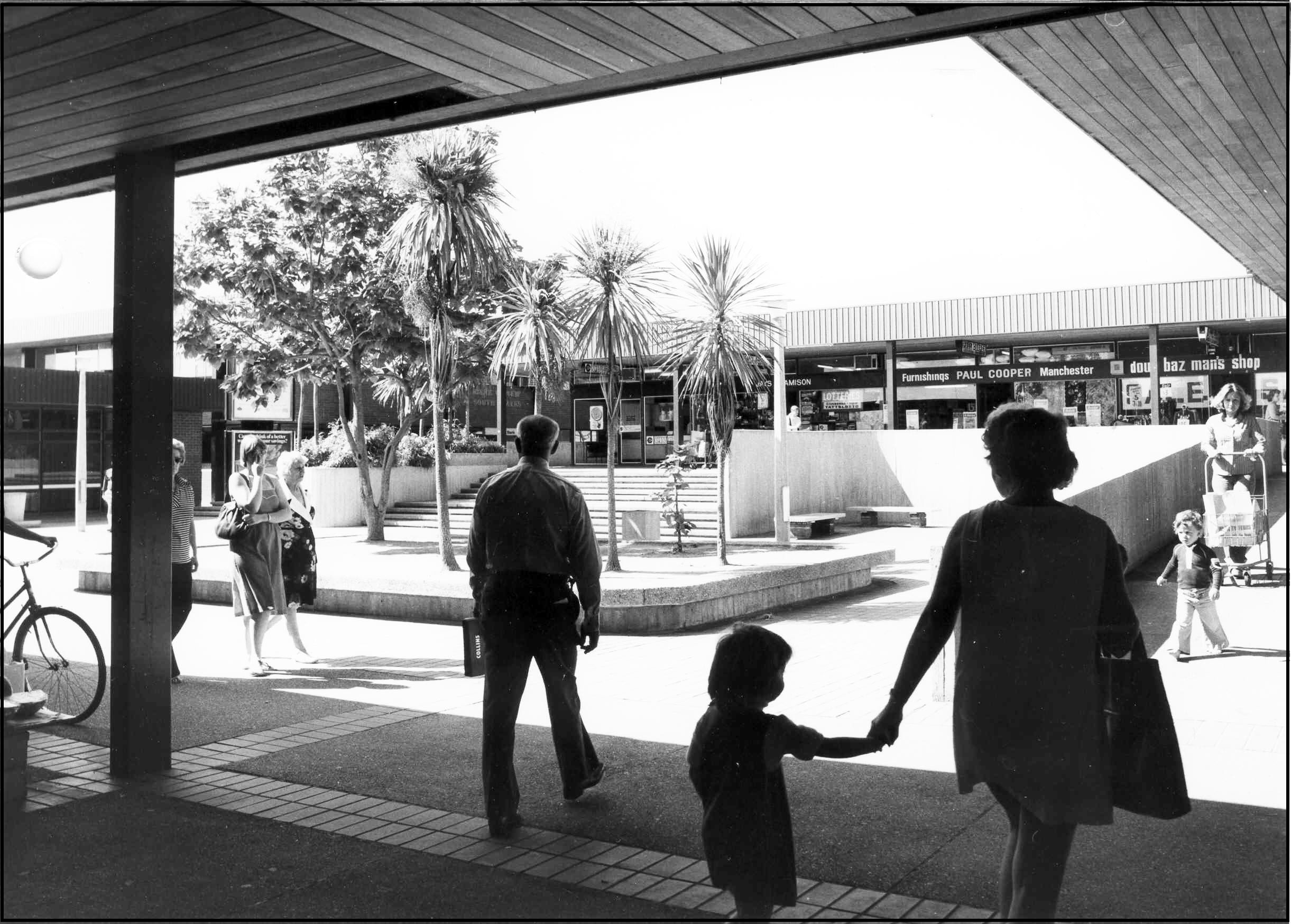 * Jamison was the first group centre to be constructed in the Belconnen area.
* It’s close proximity to the site of the planned Belconnen Town Centre raised questions about the future viability of the Jamison Group Centre.
* Sunny areas provided ‘ideal places for a quiet break from shopping activity’.
* ‘The most noticeable absence is that of a newsagent’.
* ‘The library and community hall…. appear to have had little use – possibly because there is no indication anywhere in the centre that either of these facilities exist’. 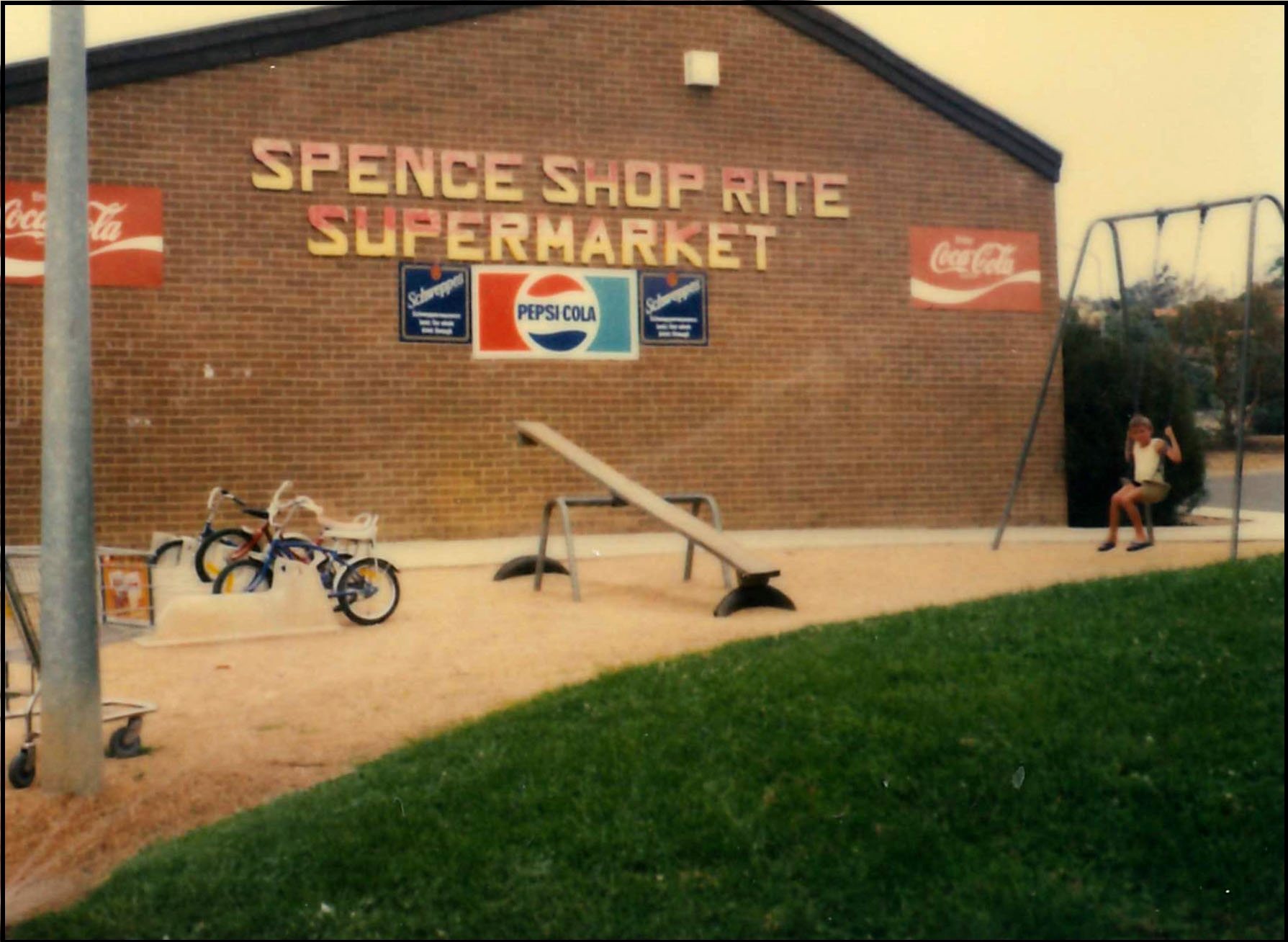 * In June 1984 Spence Local Shopping Centre was servicing a population of 3,500.
* As well as a supermarket the centre included a take-away shop, a butcher, a hairdresser and a chemist.
* A proposal to extend the floor area of the supermarket would require that the playground equipment be relocated. 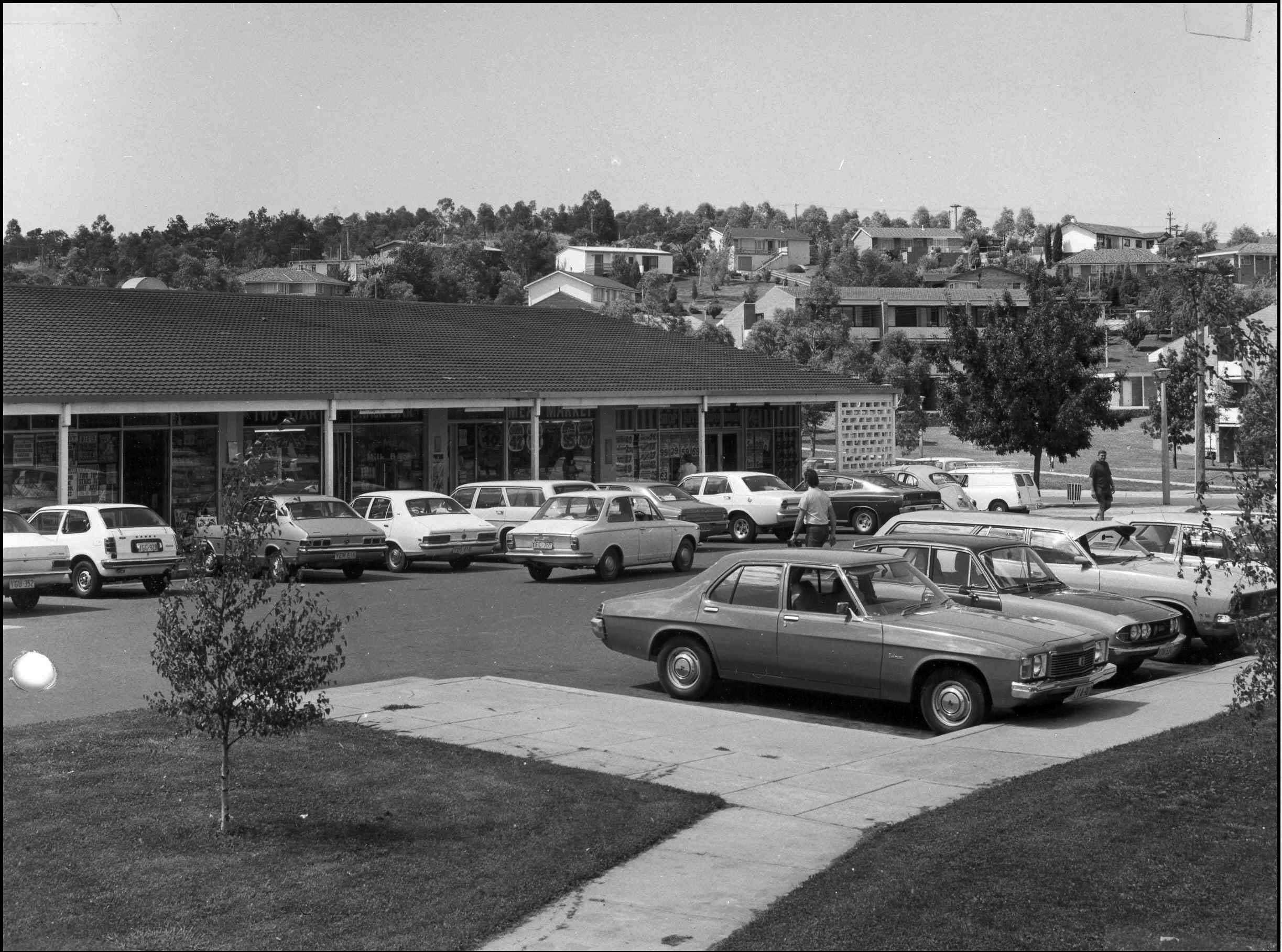 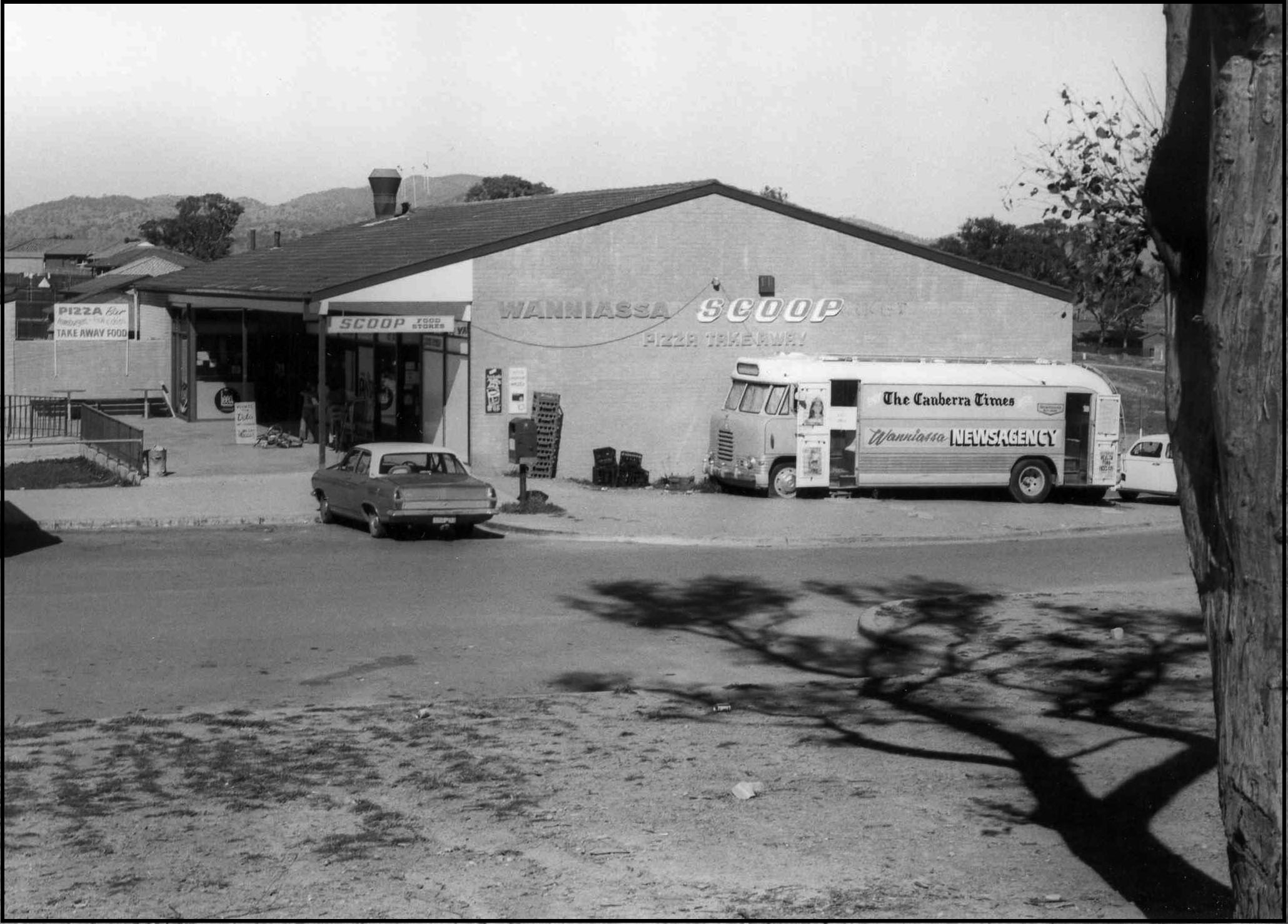 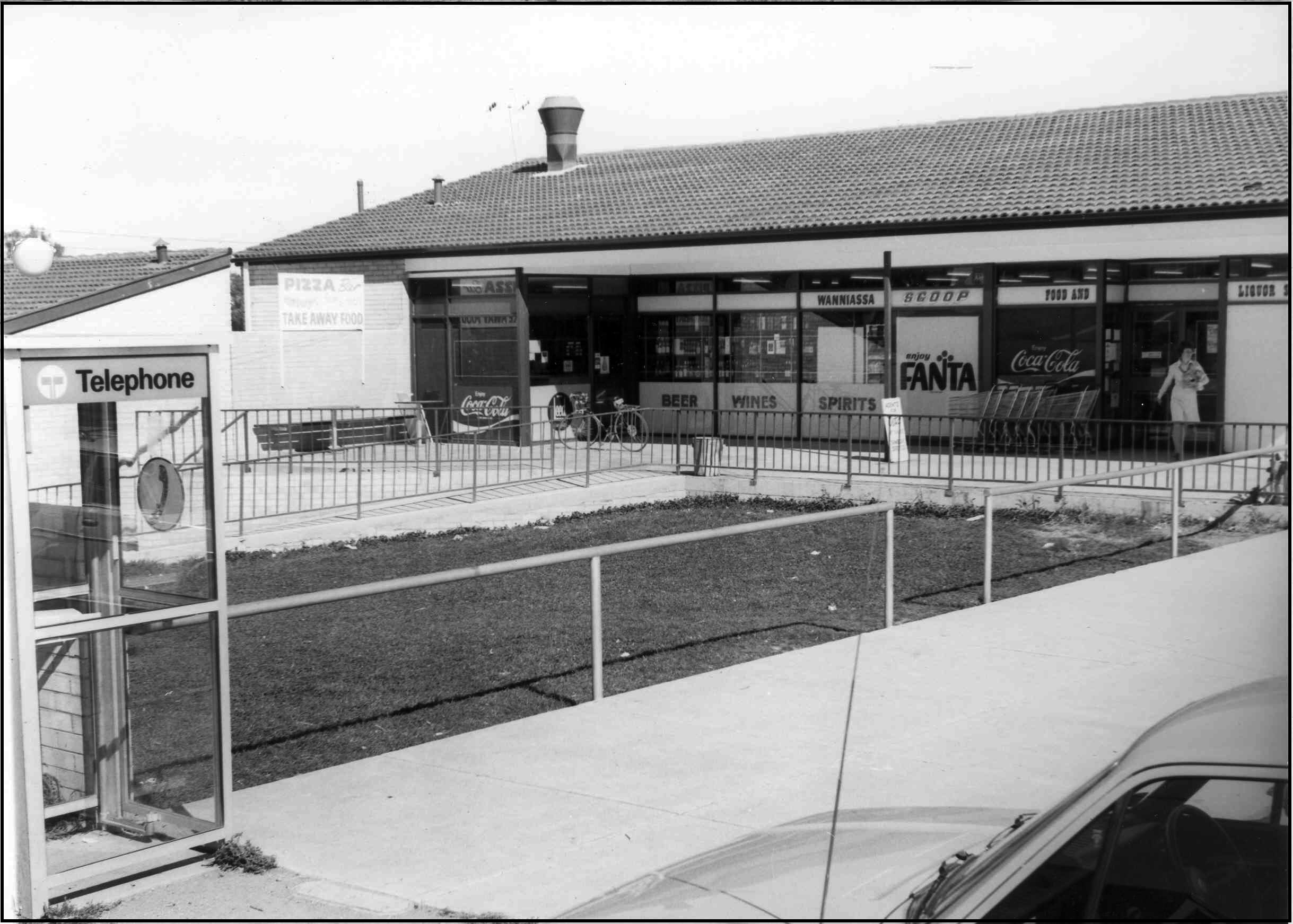 * The concept for Wanniassa GC was to be seen in the context of an evolving policy to integrate retail and community facilities with a close link to the Junior College.
* In addition to the supermarket, shops included a hardware store, banks, cake shop and newsagency.

The folders containing the National Capital Development Commission’s planning documents and photographs can be viewed in ArchivesACT’s reading room in Fyshwick.