More than roads, rates and rubbish.

Minutes of the ACT Advisory Council. 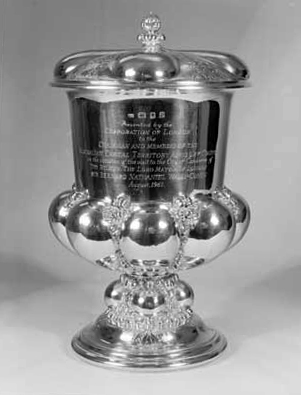 While many Canberrans may recall that citizens famously ‘voted against’ self-government, there have been times in our history when we sought ways to have a greater say in the issues that affect our every-day lives. When the Federal Capital Territory was established in 1911, the 1,921 people within its borders lost all rights to vote in either New South Wales or Federal elections i.

Between then and the introduction of self-government in 1989 there were several models tried to give the local community a voice in decisions about local administration. From 1912 an Administrator was appointed by the Federal Government. That role was eventually replaced by the three-man (they were all, of course, men) Federal Capital Commission, appointed by the relevant Minister. In 1927 it was agreed that one of the Commission’s members should be elected to the position, although only the 1,100 Territory landholders were allowed to voteii .

In 1930 the Commission was replaced by the ACT Advisory Council, which consisted of three people elected by the community and four nominted by the Government. While this was a great leap forward in popular representation, the Council was, as its name suggests, only Advisory, and all decision-making power remained with the relevant Minister. ArchivesACT’s September Find of the Month highlights a group of records that reveal some of the issues occupying the minds of officials and residents of the Australian Capital Territory between 1959 and 1974.

As you might imagine for a still somewhat fledgling local community, some of the matters raised in Council meetings are very local indeed. Garbage, hospitals, licencing and public transport are regular topics for discussion. How dogs should be controlled was often debated, which is not surprising, but Alsation dogs, now more commonly called German Shepherds, were considered to be of particular concern.

Public health initiatives and issues were often on the agenda. In 1974 a resolution was passed by Council to ban smoking on Canberra buses, but correspondence received from the Minister following the resolution indicated that, while he was sympathetic to the ban, it would be difficult to police. Some of the councillors were not going to let it rest though. Council Member Mrs Anne Dalgarno, one of only three women ever elected to the Council, suggested more prominent signage on the buses to request that passengers desist from smoking. She cited the case of a schoolgirl who waited for two hours on the footpath in preference to boarding a smoke-filled bus. The discussions weren’t without some more light-hearted contributions. 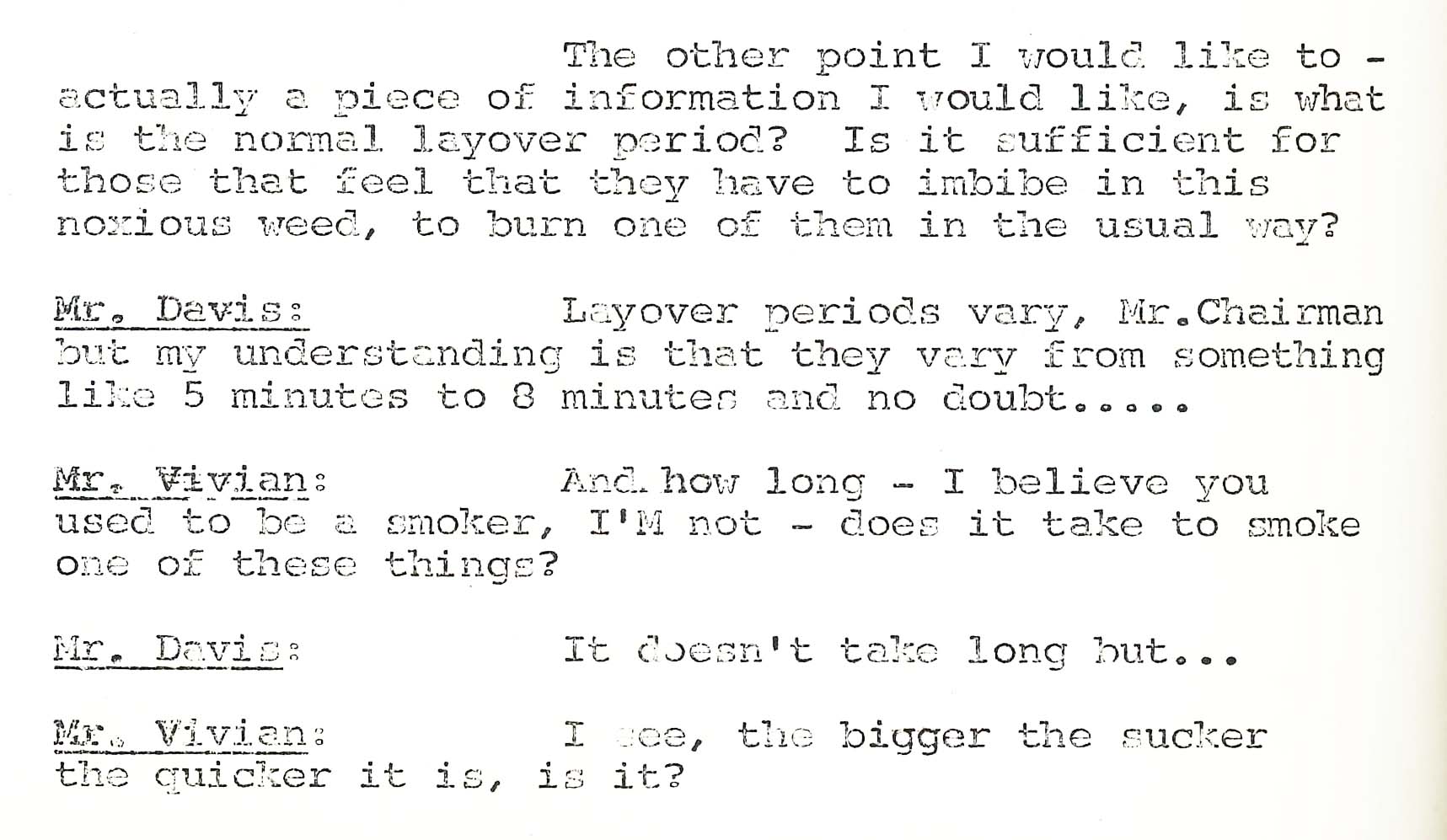 Other agenda items are somewhat unexpected. After receiving a letter from a Mrs Colebrook, who it was said ‘had two rather unfortunate experiences of having her hair dressed’, inquiries were made by Councillor Harper as to whether ladies’ hairdressers should be licenced in the ACT. This was deemed to be an isolated experience and following further investigation it was decided that licencing was not considered necessary v.

A search of the index to the minutes can also reveal some lesser known details of Canberra’s history, such as the incorporation of granite stone from the former Waterloo Bridge that spanned the Thames river into the fabric of the Commonwealth Avenue bridge vi.

One of the subjects that earnt considerable coverage in the minutes is the fluoridation of Canberra’s water supply. As early as 1959 fluoridation was being considered. During a meeting on 18 December 1961, Dr T H Harrison, the Advisory Council’s Deputy Chairman moved that;

In view of the recent decision of the National Health and Medical Research Council announced by the Minister for Health, recommending that public authorities give early consideration to the necessity of fluoridation of their water supplies, this Council recommends to the Minister that he should take all necessary steps to establish and maintain a level of one part per million of fluoride in Canberra’s water supplyvii.

Dr Harrison provided a comprehensive presentation to Council and the motion was carried. This recommendation however was not accepted, and the Council continued to lobby the government until May 1964 when fluoride was first added to water supplies in Canberra and Queanbeyanviii. 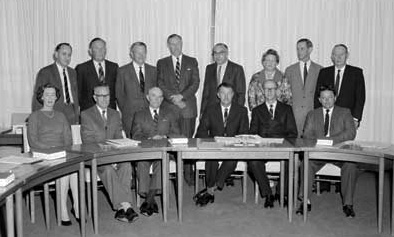 In July 1974, changes were made to the Advisory Council. The Council was to become the Legislative Assembly (not to be confused with our current Legislative Assembly). Its membership would be entirely elected, and increased from 8 to 18 members. Despite its name it continued to be an advisory body to the Minister. As a result, the Advisory Council held its last meeting on 9 September 1974 ix. A proposal for ACT self-government was being considered at the time by the Parliamentary Joint Committee on the ACT, yet when the committee presented its report in December 1974, the government took no action.

The minutes of the last Advisory Council meeting show that self-government was a priority for members. Council Chairman, Mr J. Pead, paid tribute to past and present members of the Council and commented;

that the new Assembly with eighteen members will probably need more assistance than this Council of eight has needed. It is a new body but its charter is the same. It is still to be in an advisory capacity and it will take a lot of assistance to make sure that its operation and its functioning does not kill and damage forever the cause of self-government in this Territory.

We will see you on the 28th and maybe some of us might manage to arrive here again after that date….I declare the 630th and final meeting of the Council closed x.

Self-government for the ACT was still some way off.

The records of the Advisory Council show how Canberrans were represented in earlier ACT administrative institutions and the local interests that were important to them. From the regulation of rogue hairdressers to forward-thinking health initiatives, ACT Advisory Council members tackled all sorts of subjects on behalf of their community to form an important element in the history of our road to self-government.