‘We’ve done it all at Belconnen Mall!’ On the 28 February 1978, the first phase of the Belconnen Mall was opened to the public and this year we celebrate its 40th anniversary. In the early 1970s, there were two major shopping centres in Canberra - Woden Plaza and the Monaro Mall in the city centre. In 1971 it seemed only fair that Belconnen, as a fast growing town hub, should also benefit from a large centralised shopping complex. However, the development of this complex would prove more difficult than anyone could have anticipated. From the first announcement, to the opening of stage one, over 7 years would elapse.

Despite delays Belconnen Mall was touted as a major success. On the opening of the mall Mr T. North, the Managing Director of G.J. Coles stated that he was “Delighted with this imaginative new shopping centre!”, in particular expressing excitement over the installation of the first ever travellator in the ACT and the difference this would make to shoppers trying to move their goods between floors. A feature we still appreciate today! 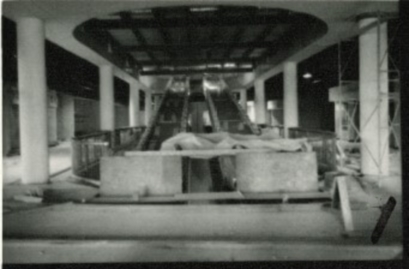 Installation of the travellator (Source: A6642)

A little competition is a good thing

Canberra in the late 1960s was in the midst of major development. Woden was well underway and Belconnen was being developed with an expected population of 120,000 residents. Despite this anticipated growth, and excluding small suburban shops, residents only had two options when shopping for a wide variety of goods.

In 1971 the ACT Advisory Council opened discussion on how best to provide the next major shopping centre in the ACT. Their discussions for the new mall focused on the perception that the retail centres in Canberra were “dominated by a single developer-major retailer combination”, a concern first flagged by the purchase of Woden Plaza by Lend Lease, who already owned the Monaro Mall.  This was due to the lease sale technique which created a climate whereby a single developer could develop and populate many major shopping centres. The council was concerned that this domination could potentially lead to limited product and supplier choices for the people of Canberra, and with limited competition developers could also potentially charge higher rental prices to shop owners.

Extract from the program for ‘Canberra: Two issues in urban development’

After a comprehensive discussion it was proposed that the next major mall should be developed by a retail development authority. The majority felt that this would result in a wider range of goods and a diversity of retailers for the public without an increase in establishment costs. Net profits (if any) could also be returned to the public purse and used to fund other initiatives. The establishment of an authority was also considered by some to be a unique opportunity to set up a viable unit of self-government in the ACT. Private enterprise would still be involved, with the government anticipating partnering with local development and construction companies. When released, this proposal was generally well received in the community, with one exception being the Chamber of Commerce who questioned whether the result would lead to a reduction in prices.

By 1973 the public were starting to voice concerns as the development of the mall was still yet to commence. The newly elected Minister for the ACT, Gordon Bryant, set up the Interim Belconnen Mall Trust to start guiding the ‘philosophy, planning and development of the proposed Belconnen Mall’. Mr James Pead, from the ACT Advisory Council, was invited to chair the trust and its inaugural meeting occurred on 12 March 1974. Their first order of business was to develop the ordinance that would legislate the retail development authority. The Canberra Commercial Development Authority Ordinance 1974 was finalised within six months of the first meeting. 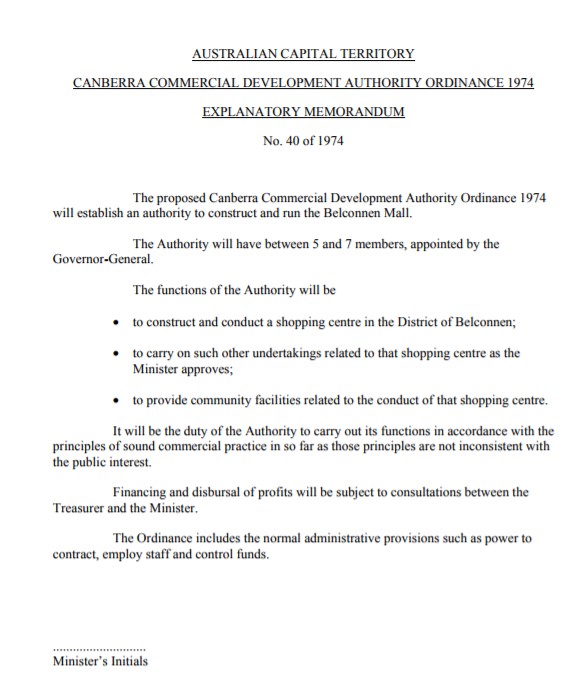 This swift action may have been due to the fact that the interim body were unable to progress the development without financial authority, and several terse letters were sent from the official project manager to the Minister for the Capital Territory over this period.

The more the merrier

With the Canberra Commercial Development Authority (CCDA) awaiting final approval, the interim board then focussed on the best way forward to attract large retailers to the new shopping complex.  As David Jones was already well established in the city, approaches were made to Grace Bros, Myers and Waltons as well as many smaller retailers. The CPSU-owned Bourke stores were rumoured as possible applicants. The Board was hoping to attract two large department stores and this was achieved with both Grace Bros and Kmart successfully negotiating terms. Negotiations continued once the CCDA took over from the interim board in October 1974 because the key players did not change.

Early plans for the mall indicated approximately 70,000 sq metres of retail space and also included community facilities, undercover car parking, sports facilities, and a hotel.  Pead was quick to point out that the community facilities were subject to change depending upon the “profitability of the retail areas” but this did not stop the enthusiastic public from submitting plans such as the one below from the Community Indoor Recreation Complex Development Committee which includes an ice rink, pool, performance space and bowls hall. 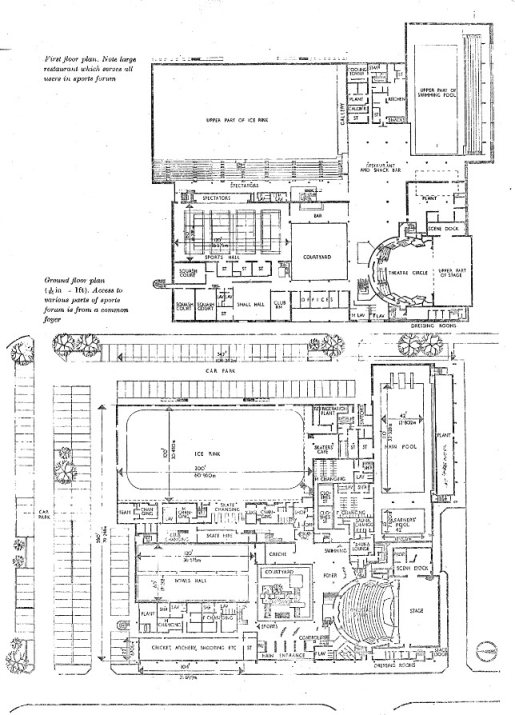 Of course nothing ever goes to plan. Over the next four years the project was plagued with contract and supply issues, workforce union action, and health and safety incidences that included one fatality.

As milestones changed, so did the budget and the project timeframe. In 1975 the site was changed due to planning restrictions on the car parks and this added another $4 million and an extra six months to the project. The site change allowed the designers to re-imagine their original concepts and the CCDA enthusiastically promoted the new futuristic concept of these designs. However, despite this, community confidence in the project waivered and with the population steadily growing the government was coming under pressure to stop selling and deliver on their promise. In January 1978 the Authority announced that the mall would be opening in three stages. The first stage was due to open the following month when an estimated 60% of retailers would be ready for trading. Advertisement taken out in the Financial Review 2 Nov 1976

The following photographs are just a small sample from a series covering the progress of the building of the Belconnen Mall and surrounding area over the period 15 January 1977 – 30 September 1978. If you would like to view the full series please contact us. 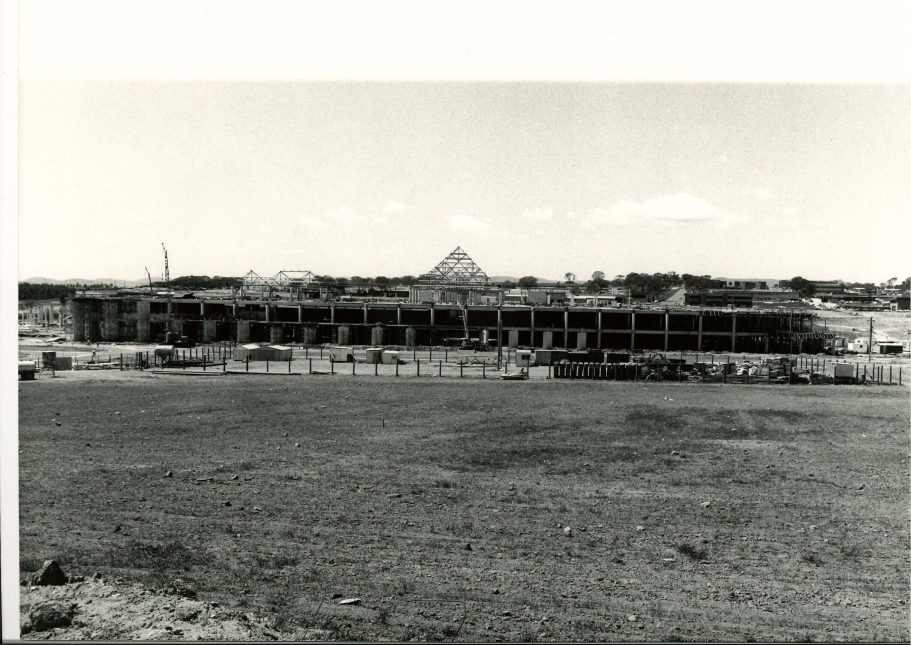 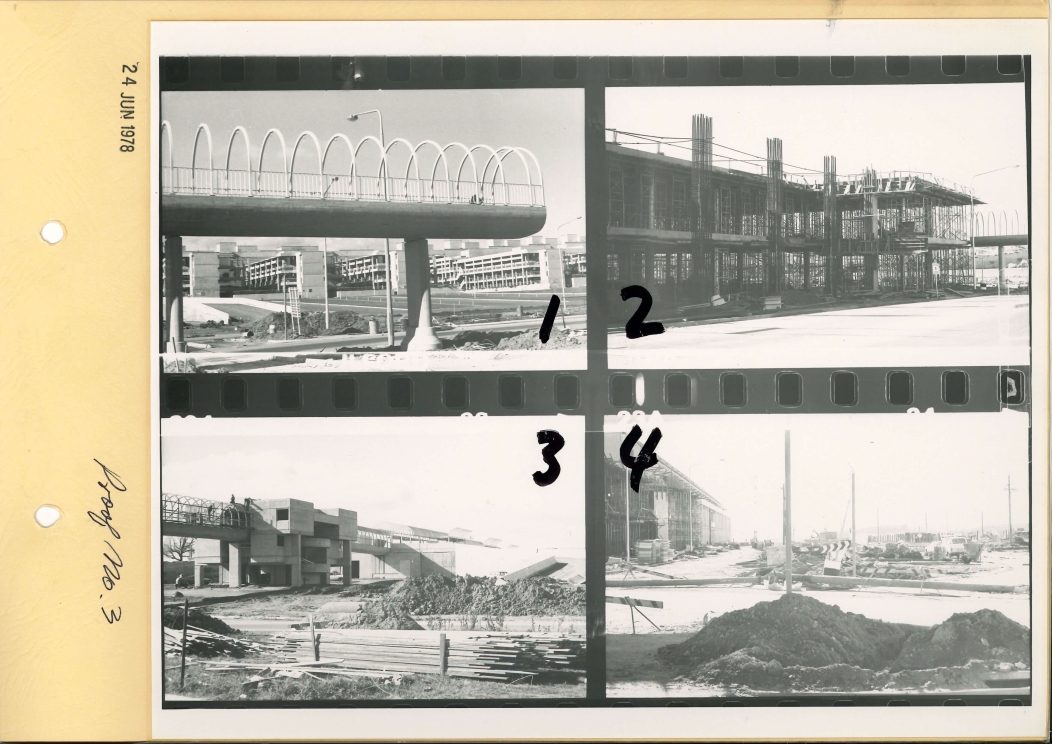 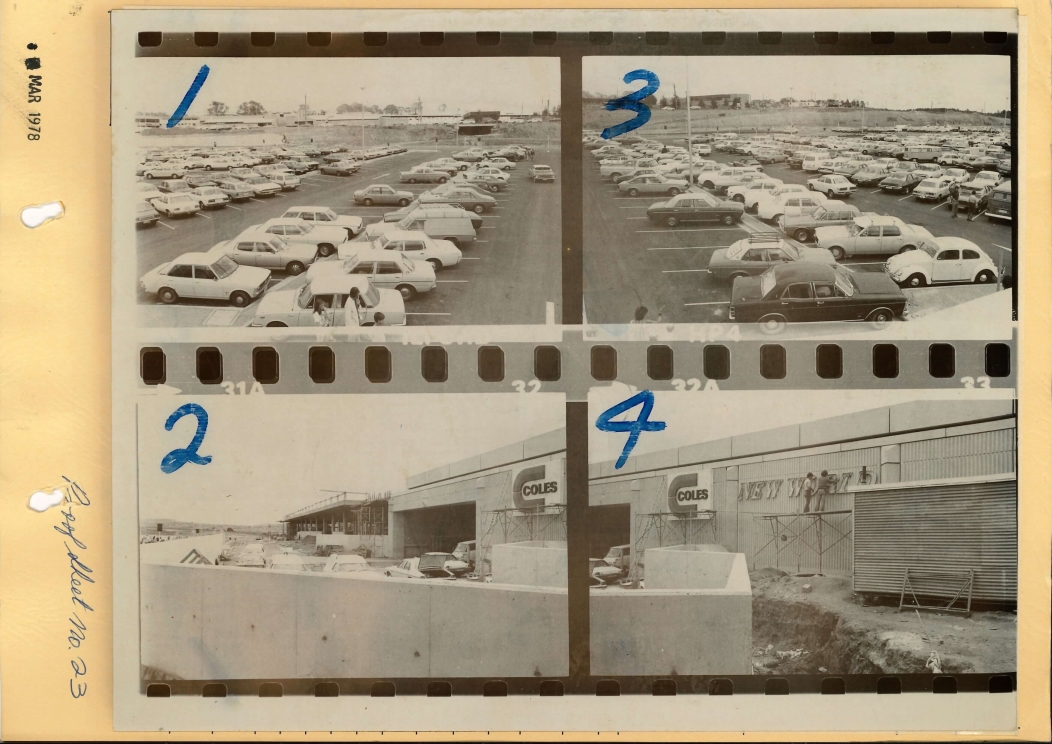 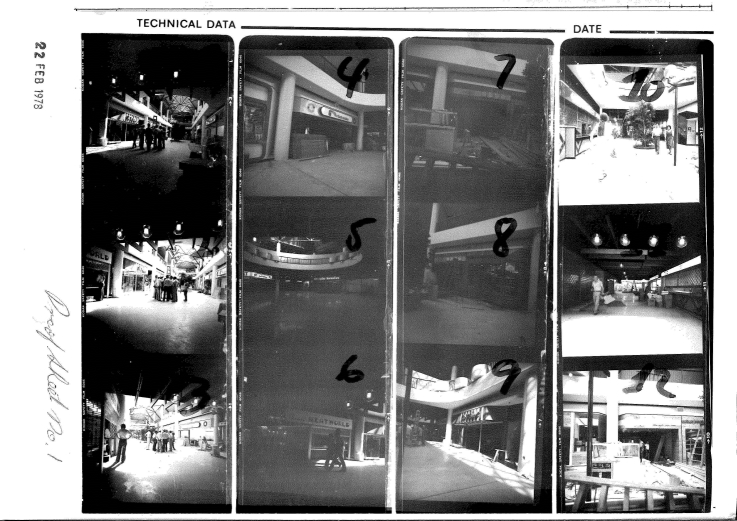 The mall opened to fanfare on February 28 1978, with locals able to access around 45 shops. Workers scurried around trying to finish the final touches of open areas and the Canberra Times released a special supplement with articles from developers, retailers and government service providers such as ACTION. Parking attendants and policeman were on hand to guide shoppers from the temporary parking space to the shops, with completion of Canberra’s first parking structure not due until the second phase release in August of the same year. A publicity officer was hired to promote activities, arrange community exhibits and publish a local newsletter to residents with six large promotions scheduled in the first year.  Tee shirts were issued to workers and guests, inscribed with the words ‘We’ve done it all at Belconnen Mall’. 40 years later, we probably have!

Do you have any early photos of Belconnen Mall? Do you own a tee shirt from the opening?