When people think of Canberra's iconic buildings, images of Parliament House, the Carillion and the War Memorial come readily to mind. However, one lesser Canberra building that also deserves the status "iconic" is the circular concrete ACTION "bunker shelters". First used by ACTION in 1975, there were 477 in service by November 1993. There are many still in use around Canberra today. 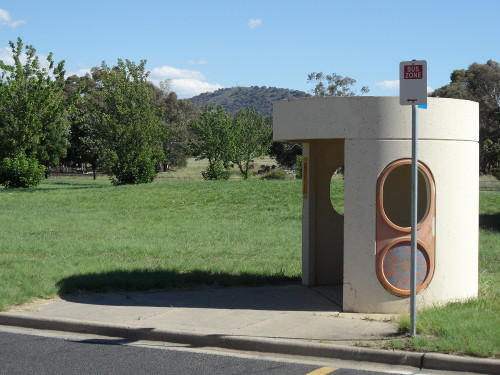 An ACTION "bunker shelter" on Clift Crescent, Richardson in January 2015.

Bus shelters with pictures would be pleasing to the eye

In 1982, ACTION driver Brian Cousins came up with idea of transforming the drab concrete bunkers into colourful works of art. He believed that "bus shelters with pictures would be pleasing to the eye." ACTION senior management, also seeing it as a way to reduce graffiti vandalism, agreed to the concept. 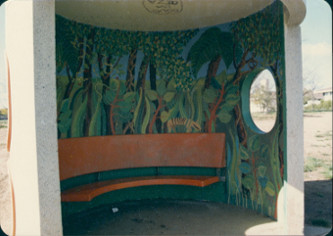 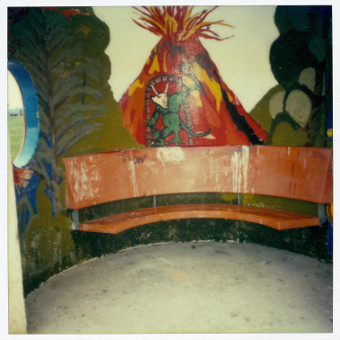 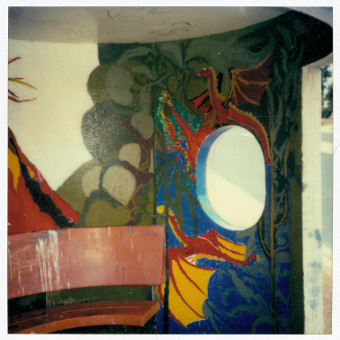 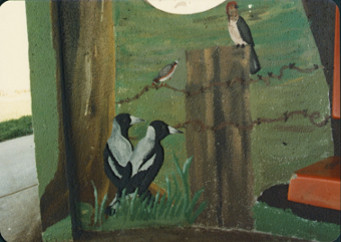 The rural scene in these last two photos was painted by Canberra High School students
You can view larger versions of these photos on flickr: ACTION/Montone Bus Shelter Painting Competitions

If you know the titles and/or locations of these murals, please contact ArchivesACT at: Email ArchivesACT

In 1987, ACTION expanded the bus shelter painting into an annual competition for schools and community groups. During the 1987 launch, Member for Canberra Ros Kelly said, "It was an innovative way to promote civic pride among students and members of the community."

In addition to reducing graffiti and vandalism to the shelters, ACTION hoped to enhance Canberra through community art. The competition was seen as a way of raising "the level of appreciation and responsibility for public facilities in the community." ACTION hoped that in time "Canberra's painted bus shelters could develop into a unique tourist attraction." Many of the murals were certainly worthy of such high hopes.

Montone Paint and Wallpaper provided sponsorship by supplying free paint and equipment as well as a $1000 prize for the best overall mural. By 1992, ACTION was also offering $300 worth of bus hire to the overall winner as well as to the winners in each of the competition categories - Primary Schools, Secondary Schools and Community Groups.

Participating groups were required to submit a design proposal to ACTION for their intended mural. If accepted, ACTION then allocated the group a bus shelter and a letter of authority to collect their painting materials.

The competition entry form outlined ten "Dos and Don'ts" for painting the murals. These included instructions such as:

But a particular "don't" was that the design should not contain any depictions of life-size human figures. This was to prevent drivers mistaking the paintings for waiting passengers, thus creating unnecessary delays.

You can download the application documentation supplied in 1992 here: (

In 1992 , Ken Thornton and Barbara Brinton from the National Gallery of Australia (NGA) ran special Mural Painting Workshops to assist the entrants. The workshops covered all aspects of painting a mural from planning and preparing the site, to photographing the finished mural. Ken and Barbara were also the judges for the 1992 Competition. 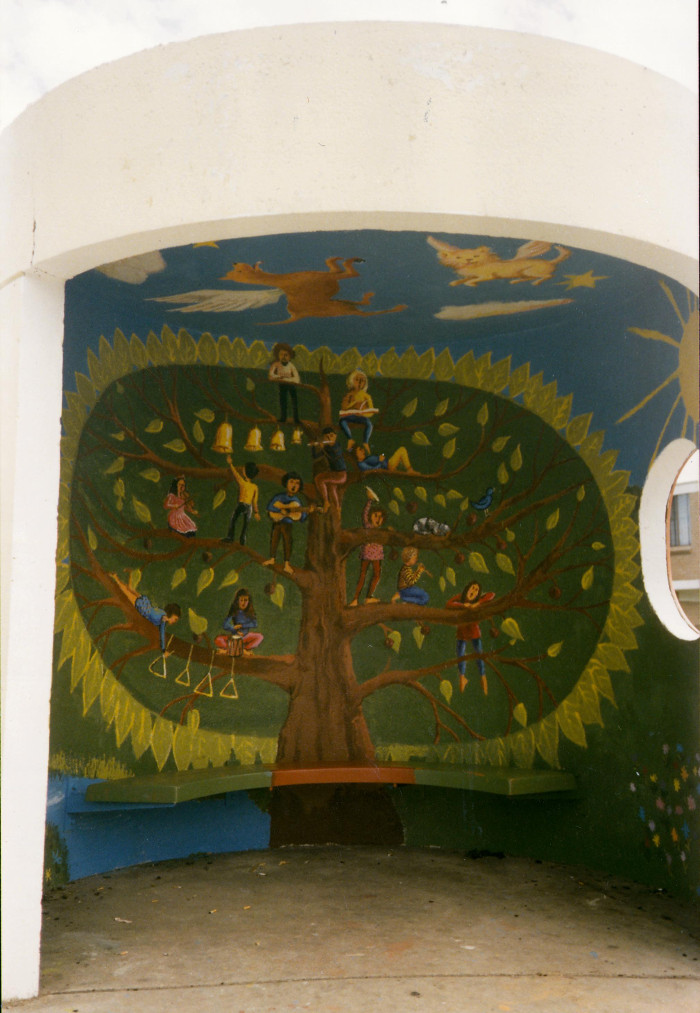