Since the mid 1950s Jervis Bay has been considered an ideal site for a nuclear power plant due to its coastal location and proximity to Sydney.

The Commonwealth Cabinet Decision No. 1257 on the 9th of September 1969 passed funding for the infrastructure around Jervis Bay to support the construction of a 500 megawatt (MW) nuclear power plant which was expected to be operating by 1975.  This output is enough to power over 400,000 homes and is comparable to the output of individual turbines in current coal and gas fuelled power plants.

Due to public concerns over the safety of nuclear power plants and the environmental impact one might have on Jervis Bay, the Australian Atomic Energy Commission proposed the construction of an Information Centre in July 1970.  It was to have included a display room about the power plant, a lecture theatre and museum displaying the flora and fauna of Jervis Bay.

The file 'Forests Branch - 70-1300F - Jervis Bay Atomic Power Station and Other Developmental Works - Part 1' contains papers in regards to this proposal as well as maps, plans and other papers documenting some of the work undertaken at the time.  The following four documents are found in this file, the first two covering the proposed information centre. 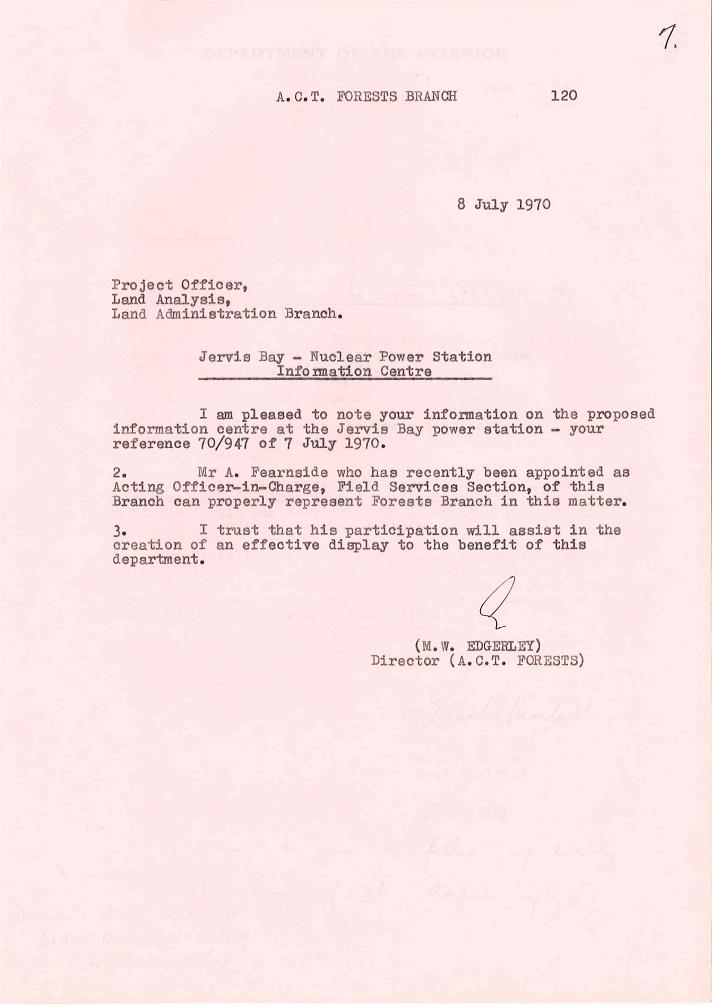 The following is the site map and plan showing the location of the proposed power plant.  You can find the location as it appears now on Google Maps by clicking here: Jervis Bay 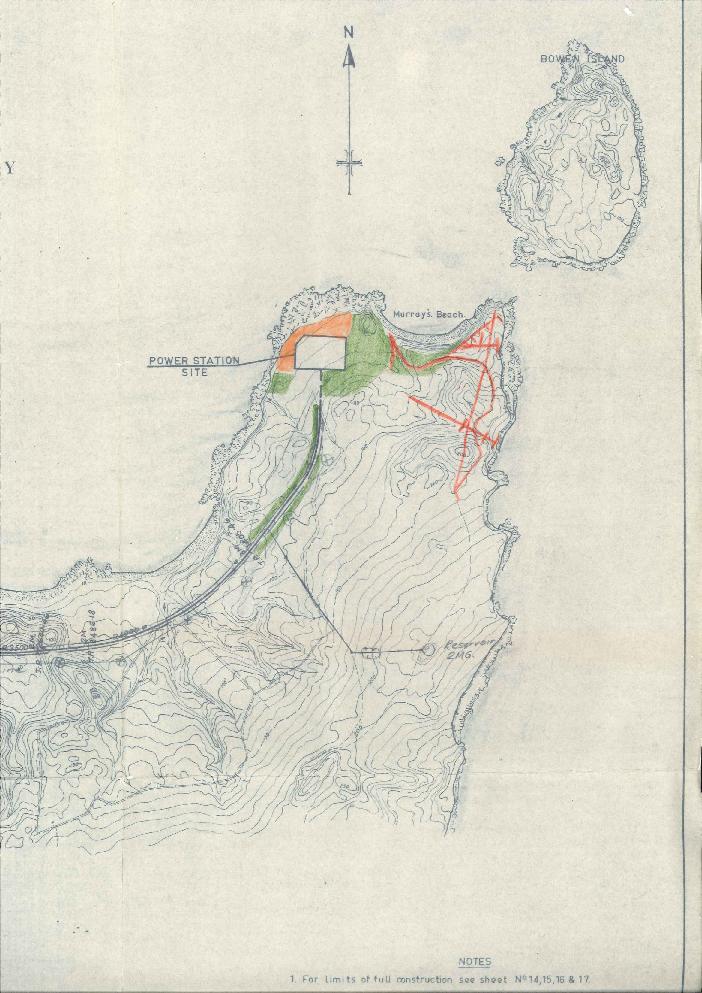 The following is the site plan for the powerplant. 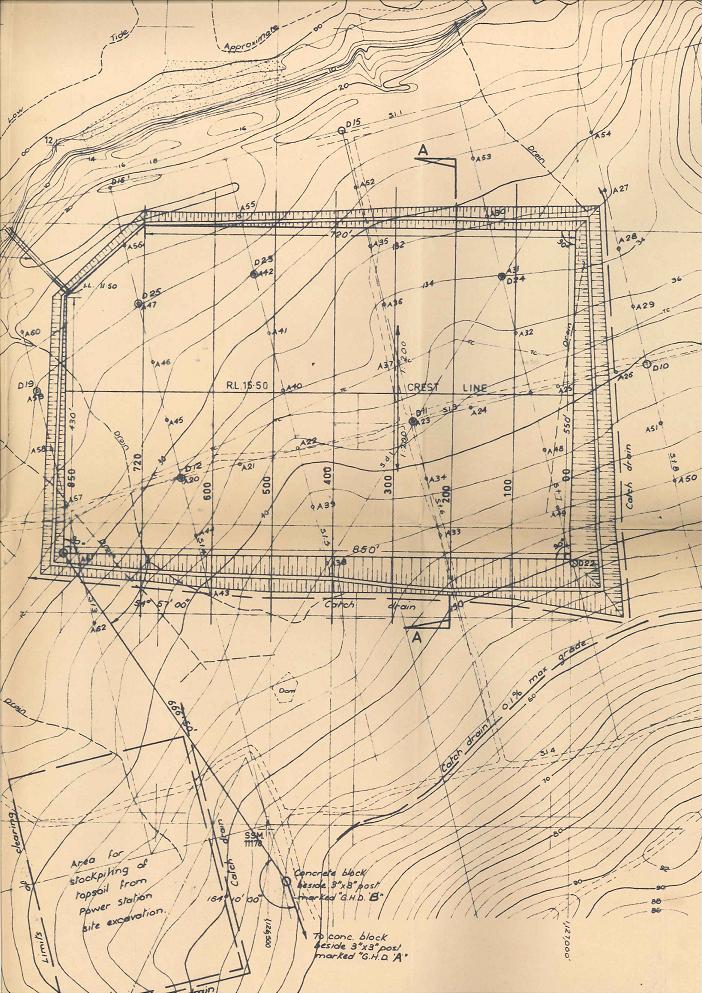 After seismic testing of the site, a large amount of clearing was completed and concrete footings had been poured.  Funding cuts slowed development of the site and by the middle of 1971 the entire project was abandoned mainly due to new Prime Minister William McMahon who had been an opponent of the project.