On the 11th of July of 1979 the NASA Skylab Space Station became the largest satellite to re-enter Earth’s atmosphere to that date.  It had been predicted that Australia would be hit by the debris so the Inter-Departmental Committee for Re-entry of Satellite was established to create contingency plans and keep the media and public informed.  This included the setting up of the Skylab Communication Centre (Scc) which was based at the Deakin Telephone Exchange. 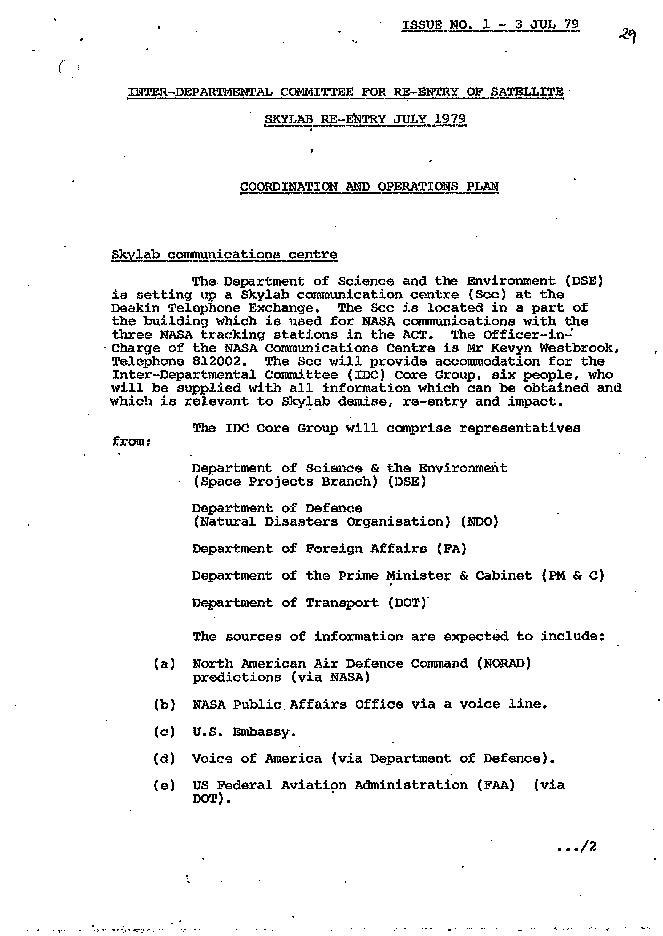 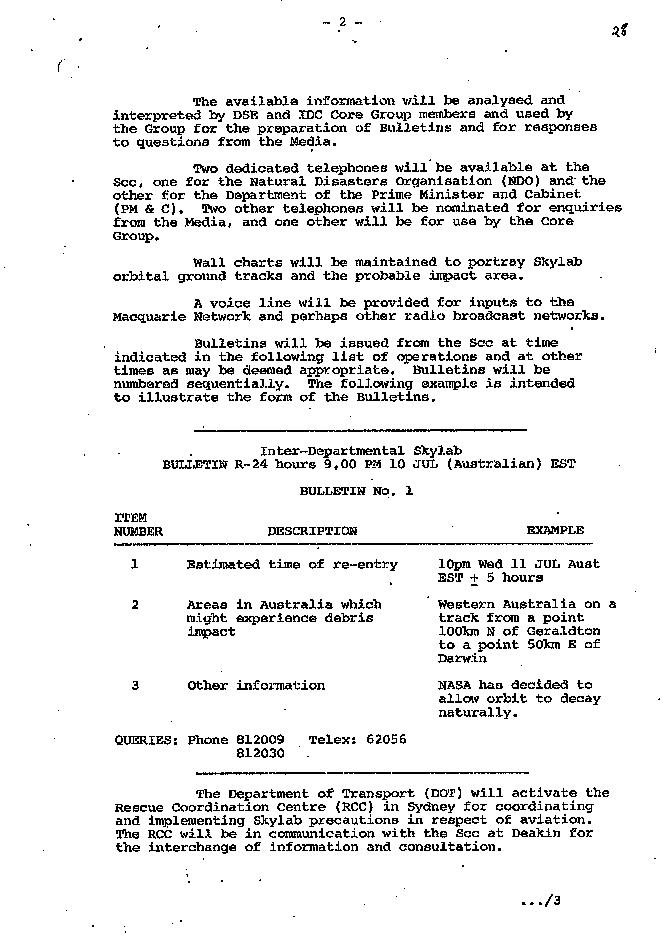 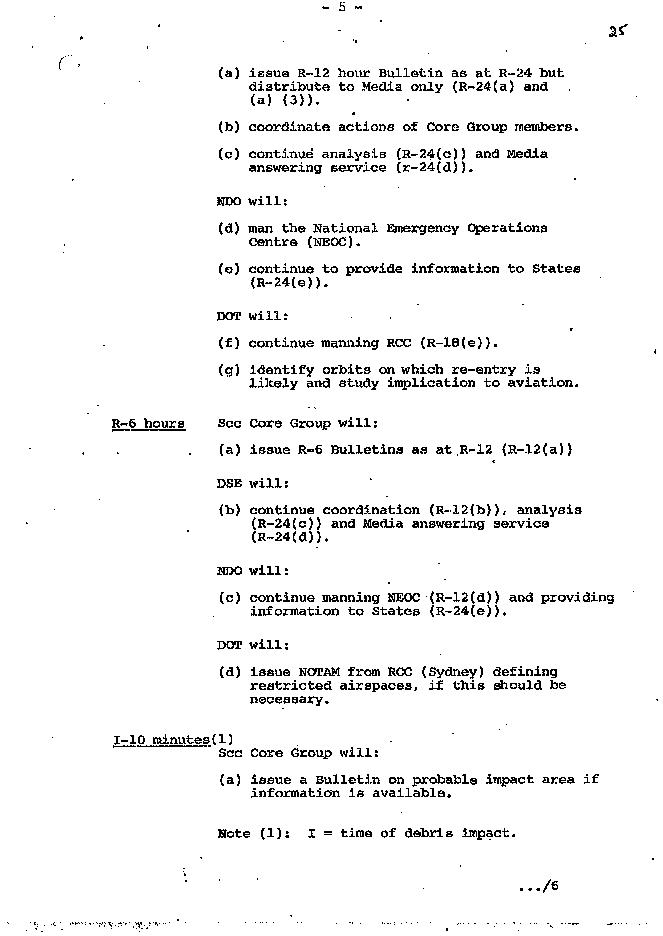 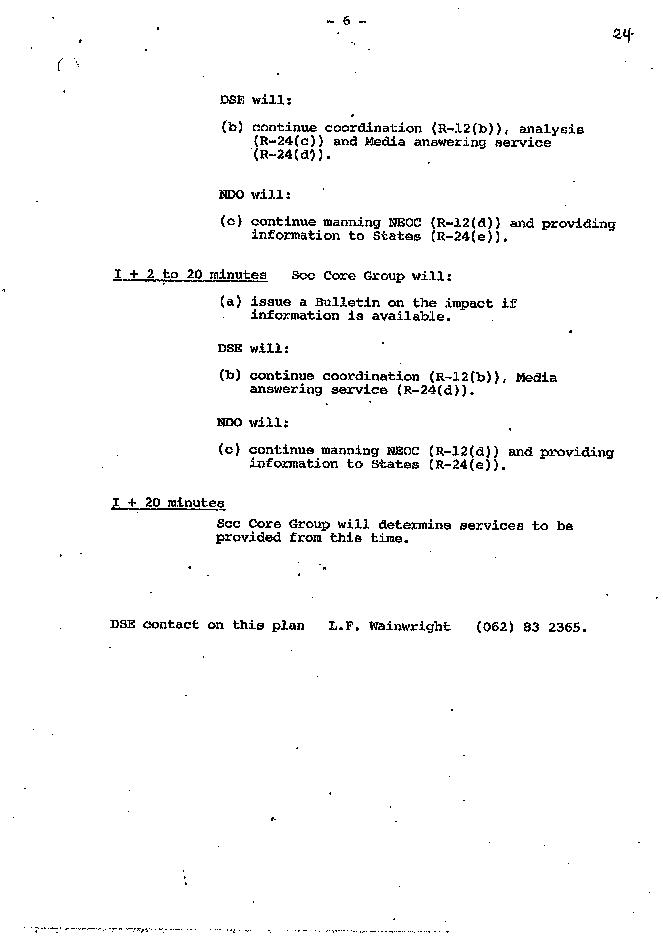 The memo and map below describe the predicted trajectories for Skylab depending on the exact time of re-entry.  The actual trajectory was close to the middle line with it landing between between Esperance and Rawlinna in Western Australia. 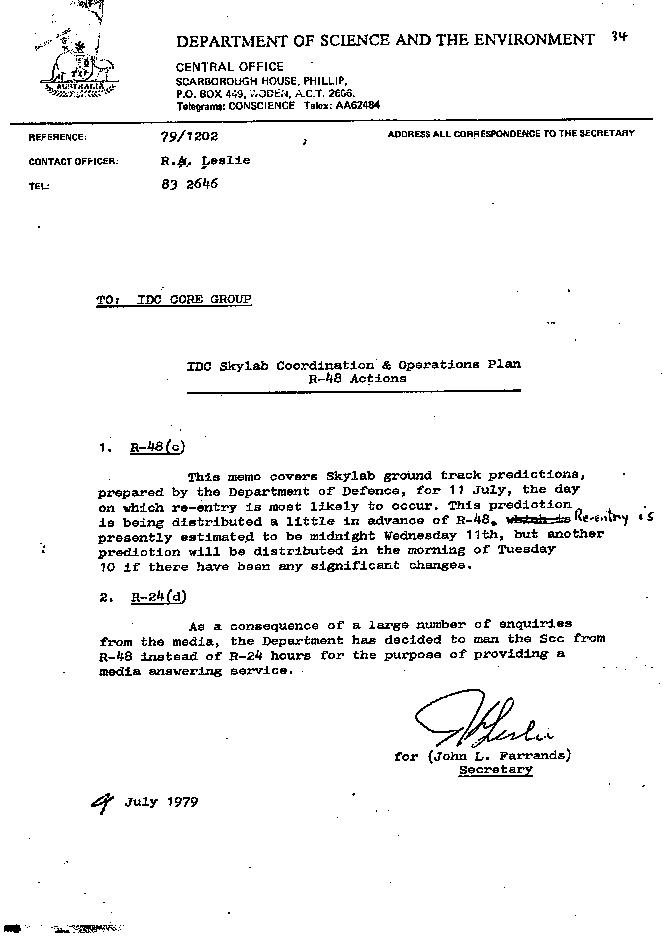 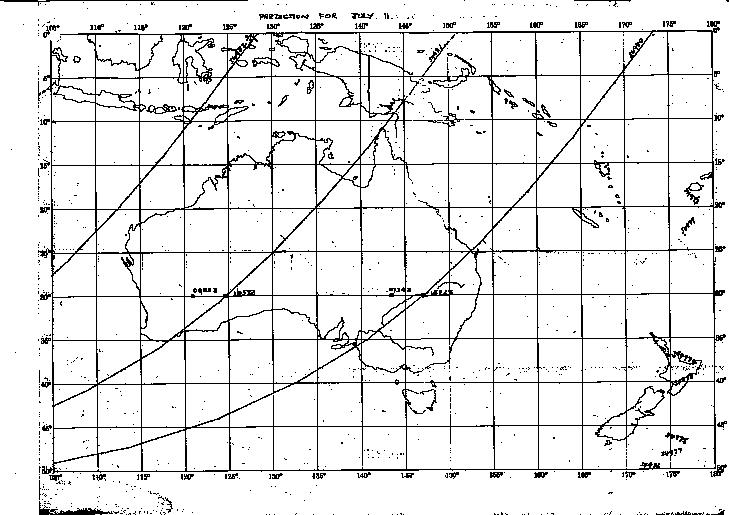 A larger version of the map can be downloaded here: Large Map JPG 620Kb

The file 81/2502 – Technical Services Branch – ACT Emergency Service – Satellite Reentry also includes information on several other re-entries such as the US Pegasus 2 satellite in 1979 the Soviet Cosmos 1402 in 1983.