John (Jack) Maguire was born in Moruya in September 1901. He was a grandson of William Sullivan and Anastasia Sullivan (nee Pike), both pioneers of the Canberra district. After Maguire's father died in 1905, his mother brought her children back to the Canberra district to live on her family's property Springbank.

When Maguire enlisted in March 1917, he lied about his age giving his date of birth as the 10th May 1899 even though he was still only fifteen. He arrived in Egypt in June 1917 as a reinforcement for the Engineers but he soon regretted his decision to enlist. He later said, "I no sooner got there and I wished I'd stayed home." Maguire was transferred to the 12th Light Horse Regiment in February 1918 and served with them in Palestine until returning home in 1919.

It wasn't until November 1925 that Maguire successfully applied for a Soldier Settlement block in the Federal Capital Territory (FCT). His first preference was Stromlo Block 13 but he was allocated his eighth choice, Woden Block 25A. Maintaining in his application that he was born in 1899, Maguire also stated that he was a sheep farmer, trained in carpentry, had £250 in the Rural Bank and owned a small cottage and shop of his own worth £800. He also had access to £500 from his mother and an uncle. He signed a ten year lease for the 994 acre (402 hectare) block to run from the 1st February 1926 to the 31st December 1935 at an annual rental of £310/12/6.

Plan of Woden Block 25A. Click on plan for larger view.

Maguire initially called his block Oakey Hill and used it solely for grazing sheep. For the first few years of his lease, he had to ask for an extension of time to pay his rent while he waited for his annual wool cheque. His lease had a residency requirement and in December 1926, Maguire submitted plans for a one bedroom house with a living area. At the time he was boarding at the old Sewer Mess on Woden Block 26A along with two other Soldier Settlers, Thomas Cargill and David Tully. 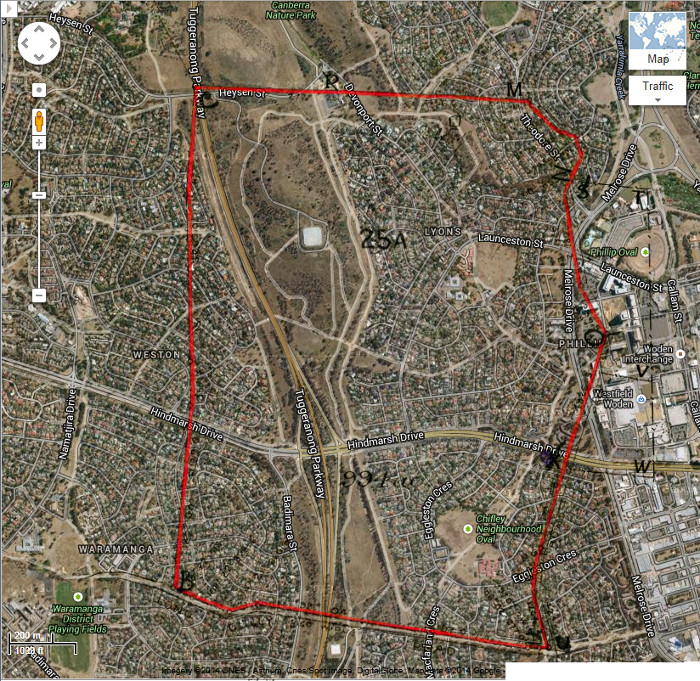 Google Maps image of area c2013 with Woden Block 25A boundary in red.

Approval for the cottage was given on the 18th January 1927. Maguire received a Housing Ordinance (1928) loan of £450 over five years for the house, which he built himself. The house was erected on 5" x 4" (1.5 x 1.2 metre) concrete blocks spaced about 4' 6" (1.4 metre) apart. It used hardwood joists and bearers, cypress pine flooring, wall plates studding and rafters of Oregon pine (3" x 2" - 1 x 0.6 metre), a roof of 26 gauge galvanised iron, outside lining of rusticated weatherboard and fibro cement sheets. The inside was lined with Oregon pine three ply and plasterboard and had a chimney made of bricks. The site of the homestead is now James Place in Curtin. 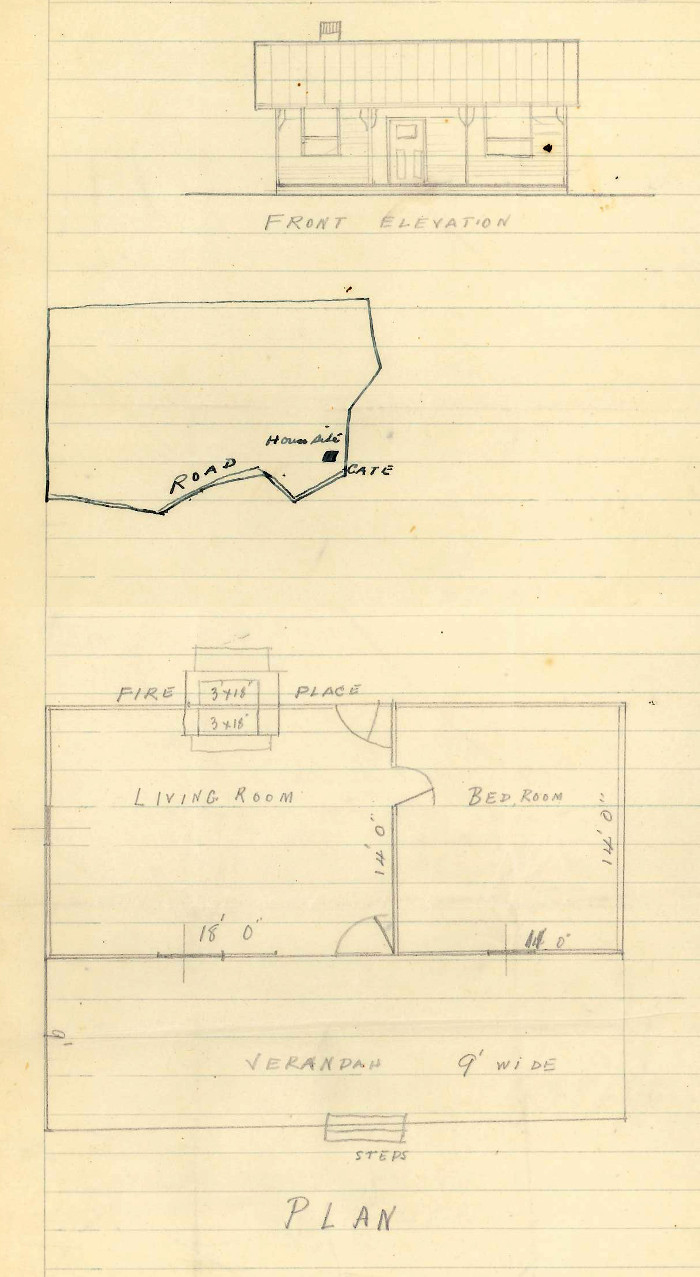 House Plan for Woden Block 25A. By 1930, Maguire found himself struggling financially and he fell behind in his rental payments. He owed £532/10/7 but his income for the year was only £570. After paying expenses he was left with £40. According to the Chief Lands Officer, James Brackenreg, Maguire's position was not promising:

"It would appear that unless Mr McGuire alters his mode of living and management that there is no possibility of him retrieving his position on the block unless, of course, wool goes up in price to the high level of some years ago or he receives some assistance from outside the block."

Brackenreg criticised Maguire for not cultivating part of the block for fodder so as to increase its carrying capacity for sheep. When Maguire complained that the five year term for the housing loan was too short, he received short shrift from Brackenreg who stated that the loan could not be extended beyond the term of the lease.

After Maguire married Clare Morrison of Tralee in 1931, Brackenreg noted that while "his partner in life will prove a help mate, at the same time, in most walks of life, when a man is short of money, and the outlook not very promising, marriage is generally postponed."

Although Maguire originally called the property Oakey Hill, in the early 1930s he began referring to it as Melrose. It is thought that as a child he had read a poem about Melrose Abbey in Scotland dating back to c.1136 and named his property after the poem. Around this time, he extended the house for his growing family and built a three-stand shearing shed away to the south east of the house.

"which is 1¼ sheep to the acre. An energetic lessee would crop and grow fodder in his spare time as a good quantity of the land is arable. He commenced on the land when the return from 1000 sheep was practically £1000 and he thought that the good times were going to last. Conditions changed but the lessee did not. When the land had to be worked he waited for the good times to return. If the lessee is going to remain in occupation he do as he should have done long ago - WORK."

When Maguire writes from Melrose (the first time he refers to the name in official correspondence) in May 1932 there was still no outcome from the Board's hearing. Indeed, within months, Brackenreg recommended that Maguire's lease be extended for 25 years from the 1st July 1933. Maguire did begin cropping land for fodder and gradually reduced his debt through a scheme he initiated to pay out the interest on his loans and then repay the principal in five equal installments. By 1941 he was no longer in debt to the Commonwealth. The Maguires worked the property until 1963 when the Commonwealth resumed it for the suburban development of Woden Valley. Jack Maguire died on the 17th November 1973 at Canberra Hospital and is buried in Woden Cemetery.