“The Dignity of the City”

Protecting the City of Canberra Coat of Arms

On the 1st July 2013, the Commonwealth Government presented the original grant of the City of Canberra Coat of Arms as a Centenary Gift to the Territory. While this significant document has remained in the care of the Commonwealth since its production in 1928, the Territory has always taken seriously its responsibility to protect such an important symbol.

Rules about how the Coat of Arms may be used have been in place since Governor-General Sir Isaac Isaacs signed "An Ordinance For the Protection of the Arms of the City of Canberra" in 1932. A file documenting the ACT Advisory Council’s concerns for the protection of one of the City’s key emblems is this month’s ArchivesACT Find of the Month. 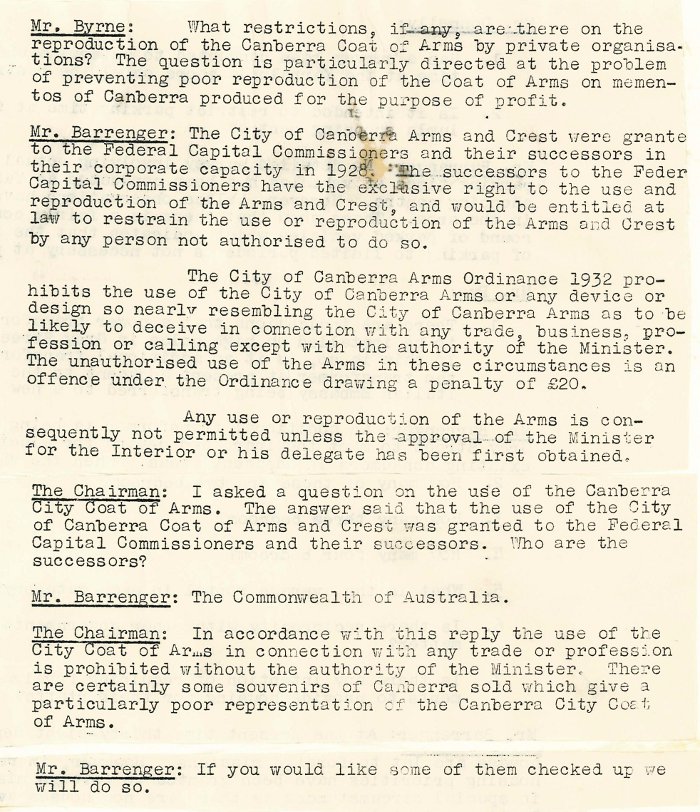 A year later, Council Chairman William Byrne purchased two examples of souvenirs with representations of the Coat of Arms, and lamented to his Council colleagues that he had "found it impossible to buy anything which has, in my view, a reasonably accurate resemblance to the Canberra Coat of Arms". Other members agreed, noting that "if they are not authentic reproductions it puts Canberra in a very bad light." The Council resolved to draw the problem to the attention of the Minister. 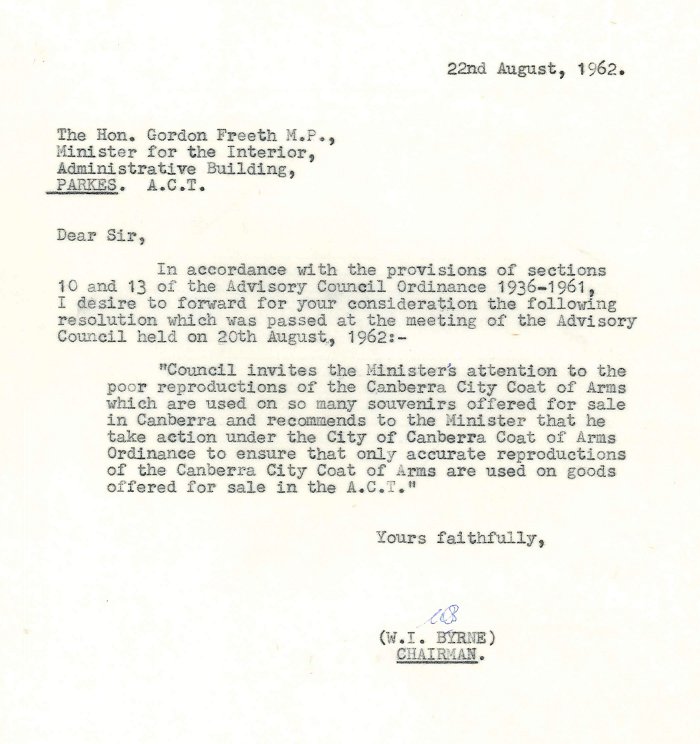 A Matter of Interpretation

Minister for the Interior Gordon Freeth was responsible for Canberra, and its Coat of Arms, at the time. He noted that "if... it is impossible to buy anything which has a reasonable [sic] accurate resemblance to the City of Canberra Coat of Arms, it is unlikely that the sale of these articles would constitute an offence." 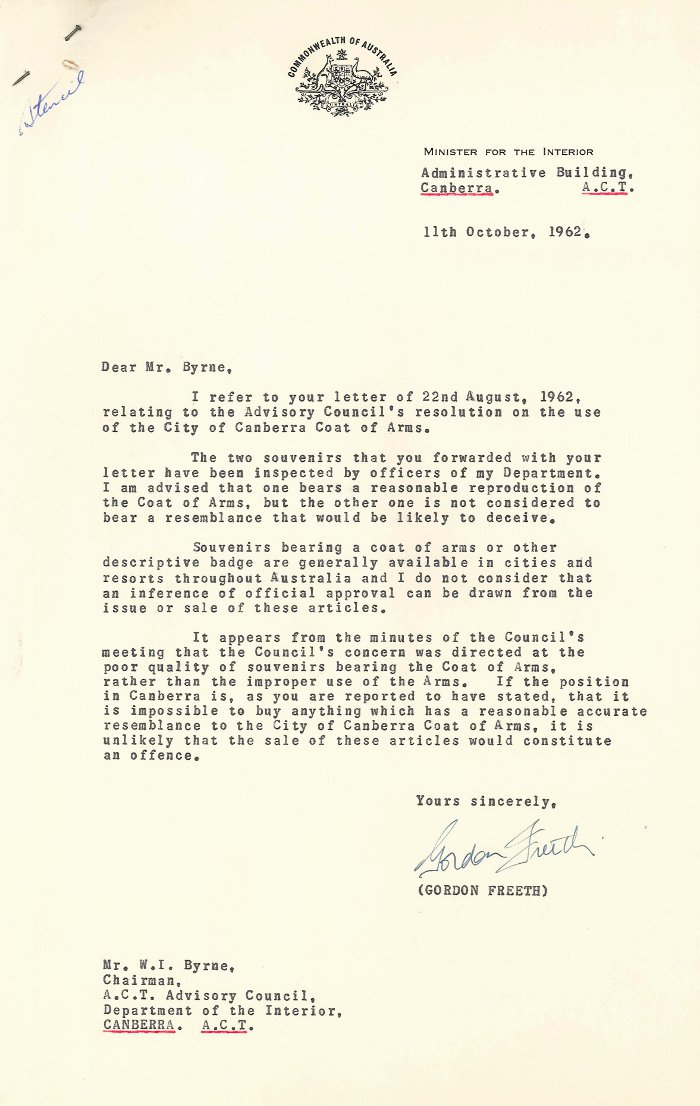 The Canberra Times noted back in April that that were no teaspoons on offer among the official Centenary of Canberra merchandise, although there are some very fine tea towels. It may be comforting to know that we could, though, have a teaspoon depicting our Coat of Arms, without offending the dignity of the City. 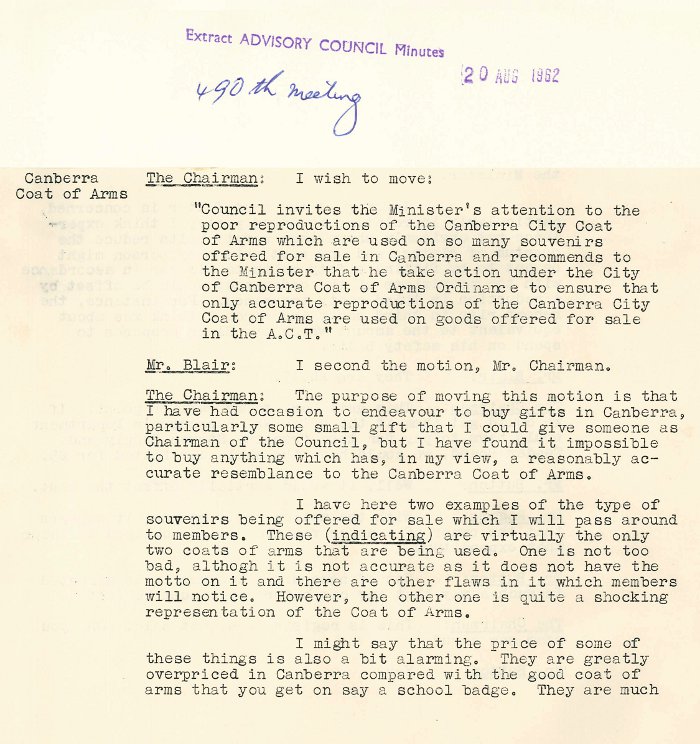 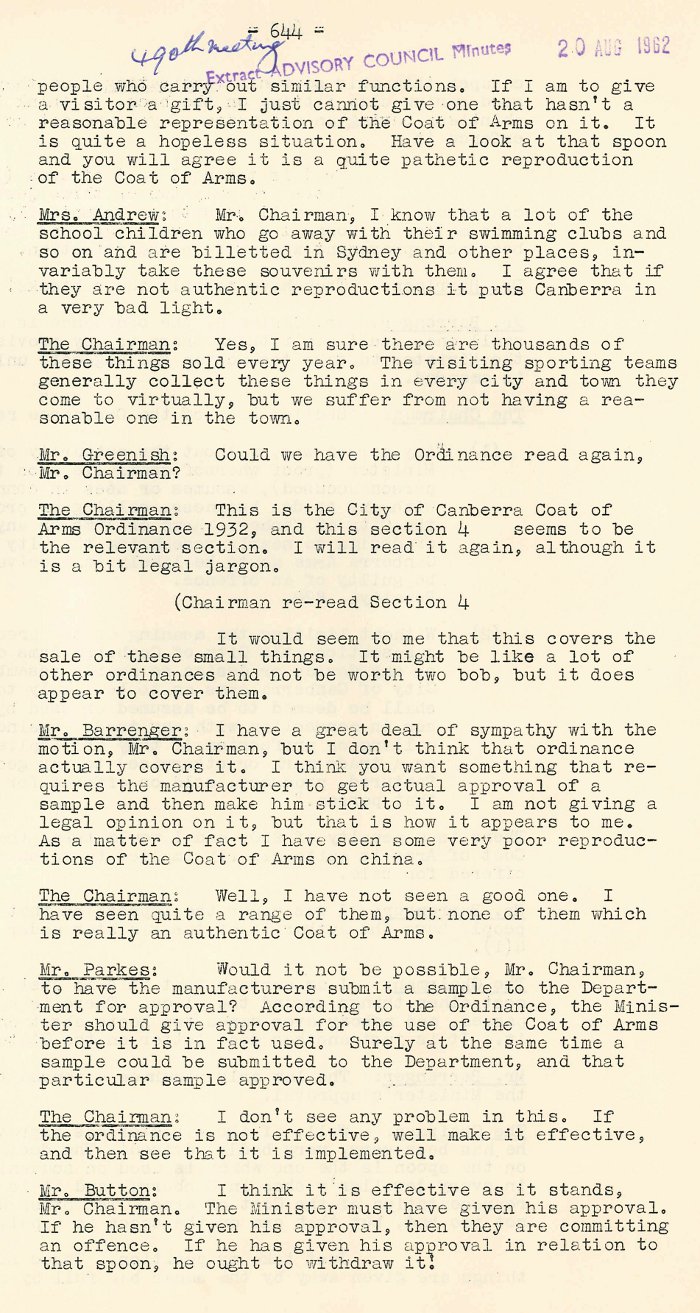 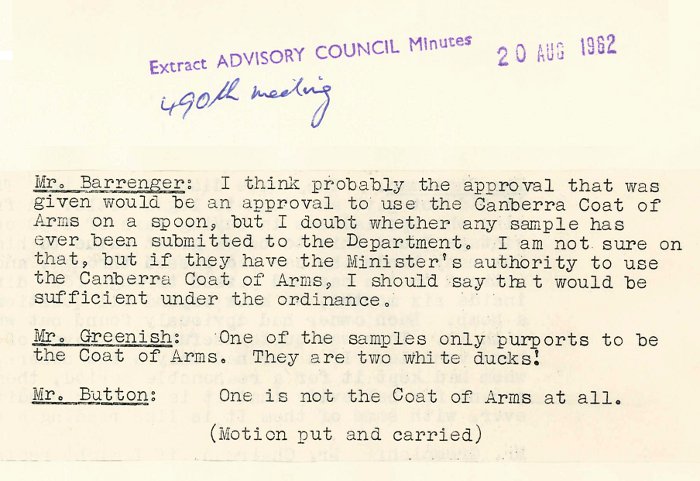 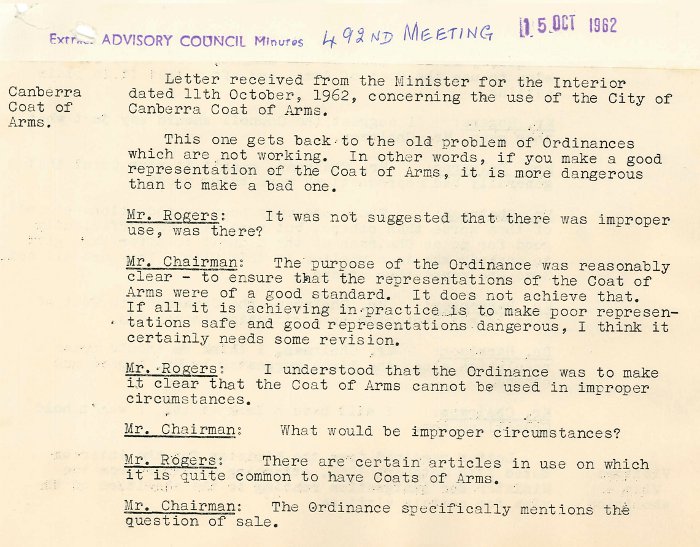 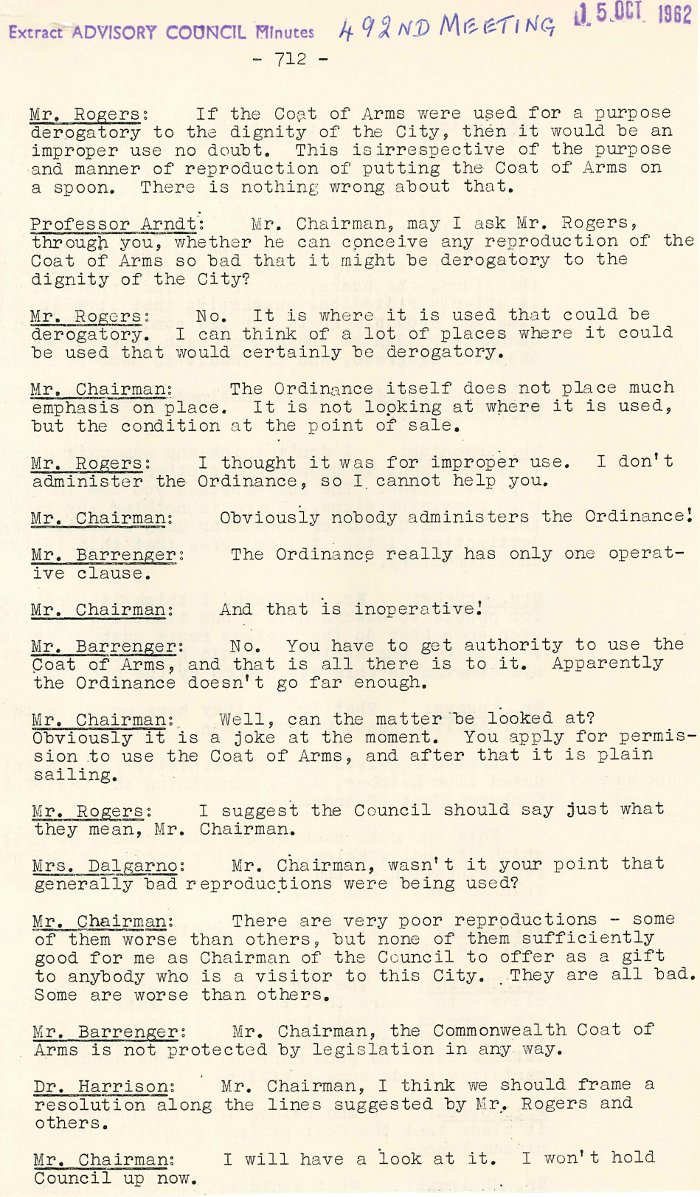 A PDF file of the scans above can be downloaded here: (