ACT Government files are usually associated with a single function.  Before the functional approach to file titling was introduced we often find older files that contain folios covering a broad range of functions. These are referred to as bucket or bag files.

The file 'G201 - Lands Branch Dept of the Interior Admin Section - Branch Matters - Miscellaneous - Part 2' is one of these bag files containing folios on ordering equipment, job vacancies and a various staff memos dating from October 1960 to December 1962. The folios for our March 2009 Find of the Month on Compulsory Chest X-Rays were found on this file which is also the source of this month’s ‘find’ – STD Phone Calls. 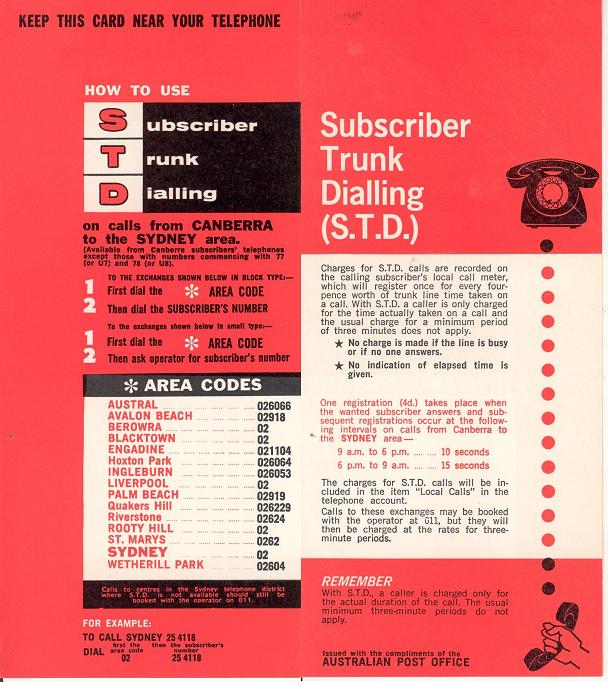 We have become accustomed to being able to phone people interstate directly from most phones. In 1962 this was a new feature for people in Canberra with the introduction of STD (Subscriber Trunk Dialling) phone calls. Prior to this all interstate calls were “Trunk Calls” which passed through the Post Office Exchange. 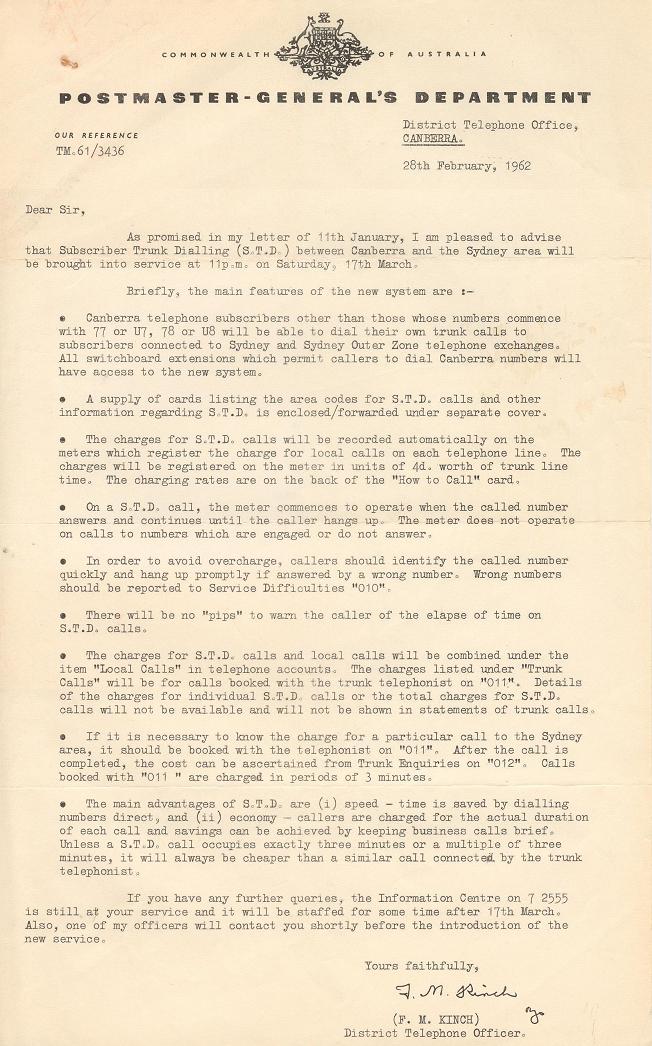 With the introduction of STD phone calls, Department heads were concerned that the staff may abuse the service. All staff except senior officers were instructed to make interstate calls through departmental switchboards. 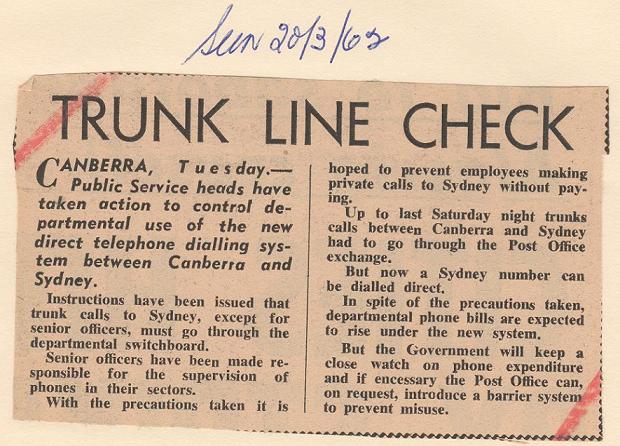 It was found that with judicious use of the STD service, savings in both time and money could be made. 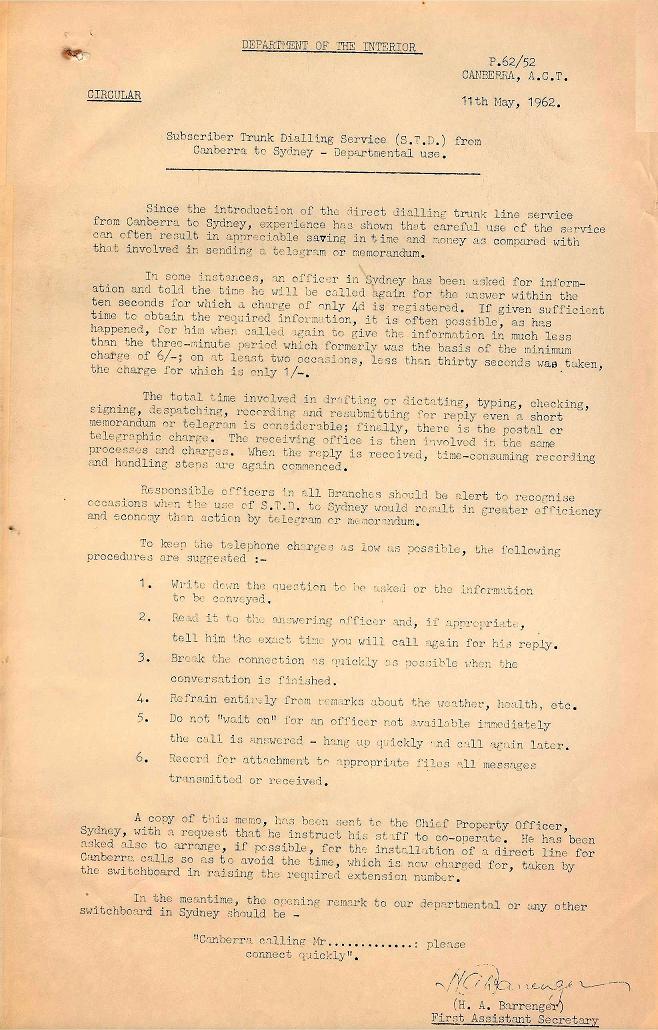