Many of us are used to receiving free flu vaccinations each year but back in 1962 the health concerns were a little different. The file 'G201 - Lands Branch Dept of the Interior Admin Section - Branch Matters - Miscellaneous - Part 2' has the timetable and Department of the Interior circular scheduling compulsory tuberculosis chest x-rays.  Initially launched in 1952 after the passing of the 'Tuberculosis Ordinance 1950', the programs aim was to eradicate tuberculosis in Australia. 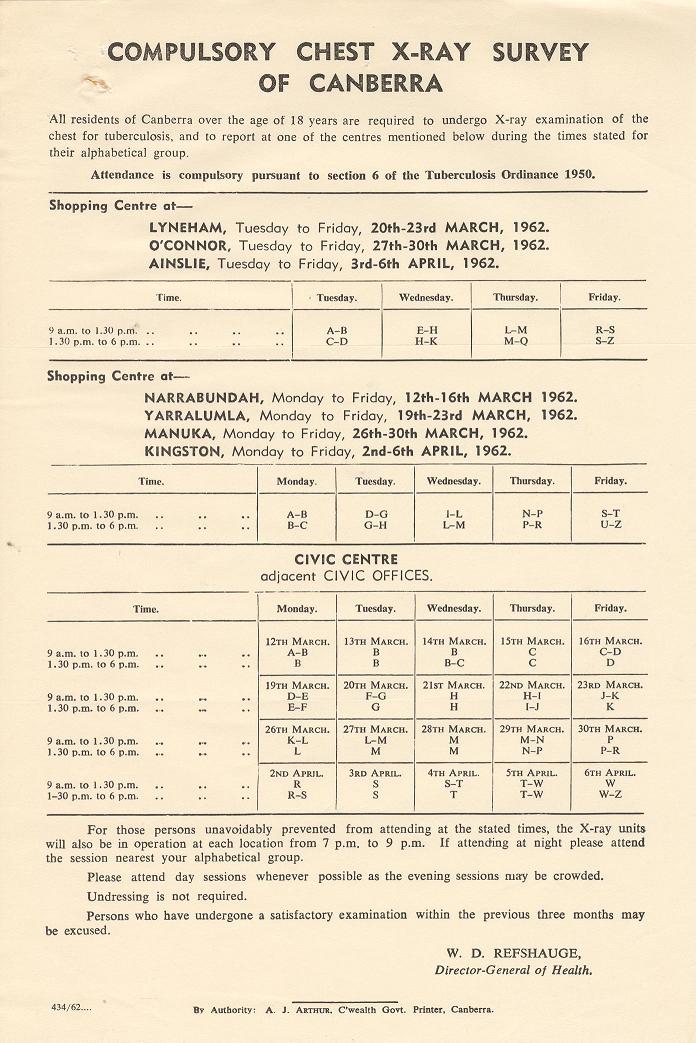 Since 1960 the rate of tuberculosis in Australia has dropped from 40 cases per 100,000 population to around 5 cases per 100,000.  This means that TB screening is longer a widespread procedure in Canberra, however certain groups such as health care workers are still screened annually.

Tuberculosis remains one of the major causes of death worldwide, particularly in third-world countries where it kills around 1.6 million people each year.  Australia has around 1000 new cases each year, one of the lowest rates in the world which in part can be attributed to the Governments past screening campaigns.