ArchivesACT has found the following brochure for the Townobile Electric City Transit System on the file '81/1561 - Public Transit Branch - Battery Electric Vehicles'. It was an electric bus designed by Roy Leembruggen and manufactured by Elroy Engineering in Hornsby, Sydney.  Leembruggen also designed the famous Tulloch double decker rail carriages used in Sydney from the mid 1960s.

The Townobile was on static display in Sydney's Hyde Park in August 1976 and demonstrated in Canberra on the 4th November 1977 and Brisbane in January 1978.  It also may have run for a short time in a free service around Central Sydney during the 1970s.

It was built in response to an enquiry from QANTAS for an electric airport passenger transit vehicle. As can be seen from its specifications it had low top speed of only 60 km/h and a limited range on a single charge with battery packs requiring replacement every 3-4 hours which would be suitable in the confines of an airport but not for mass public transport. Both of these reflect the limitations of electric vehicle technology in 1976. 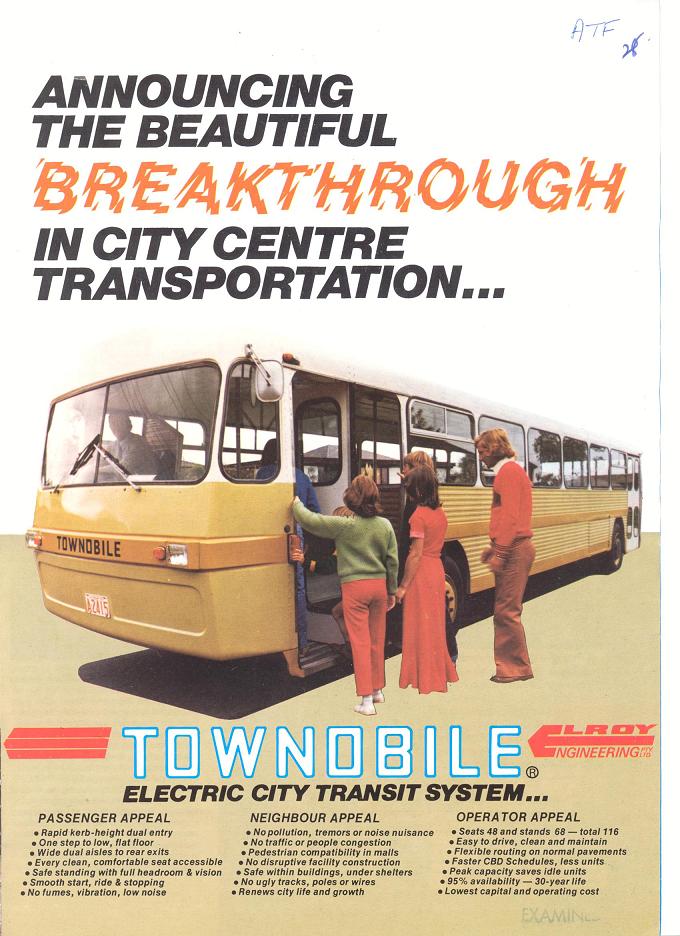 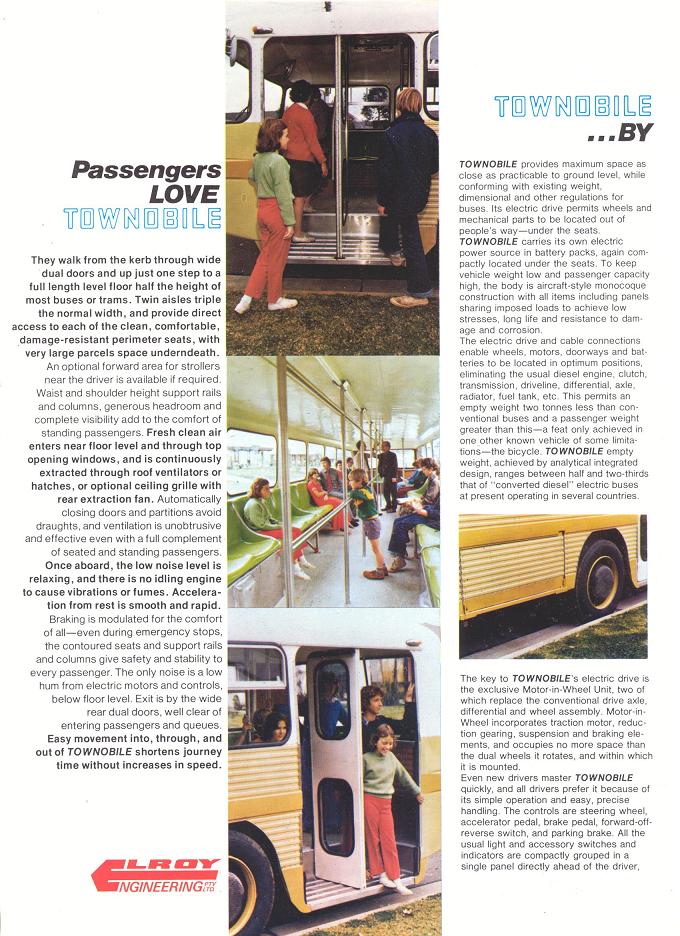 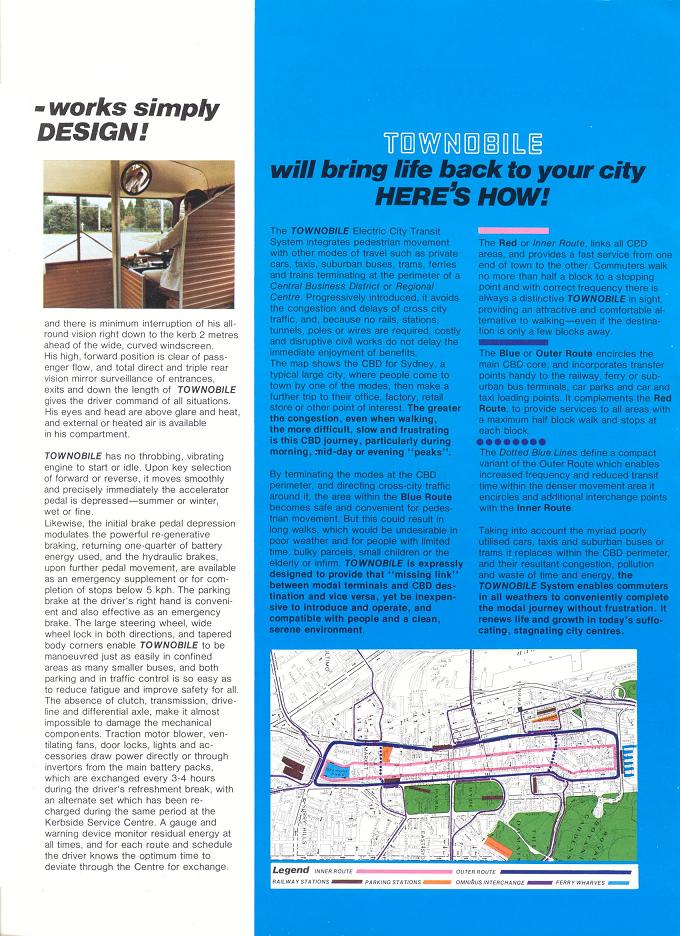 The related file ‘81/1550 – Department of the Capital Territory – Public Transit Branch - Battery Electric Vehicles includes a report with the following assessment of its performance on folio 79:

“It is difficult to see a role for the battery powered vehicle in Canberra, given the limited range and speed of the current electric vehicles and the fact that Canberra has extremely low population densities and decentralised shopping and business districts.”

30 years on there has been significant progress with electric vehicles.  Recently the Tindo Solar Bus has been trialled in Adelaide to help reduce greenhouse gas emissions. Vehicles like the Tindo are now a viable option given the advances in battery, solar and computing technology since 1976 which provides these vehicles with performance and range comparable to diesel and LPG fueled buses while producing no emissions