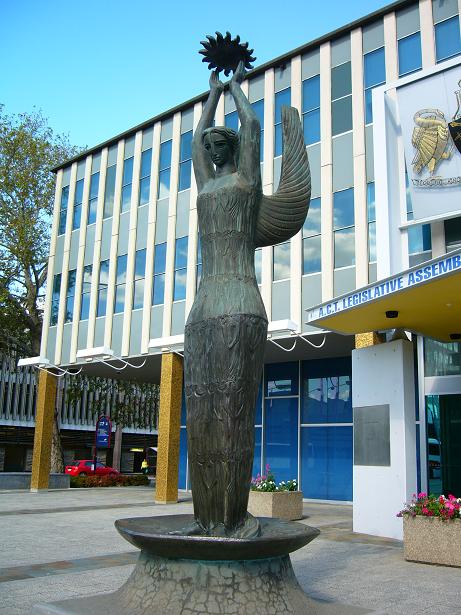 Ethos by Tom Bass, is a free-standing copper figure holding aloft a bursting sun representing the emerging city's community and culture on a hexagonal bowl bearing a relief map of Canberra.  It is fixed to a circular concrete base in Civic Square outside the public entrance to the ACT Legislative Assembly (South Building).

It was commissioned in 1959 by the National Capital Development Commission with contributions from the Canberra Chamber of Commerce, the announcement of its construction receiving widespread publicity in several major newspapers. 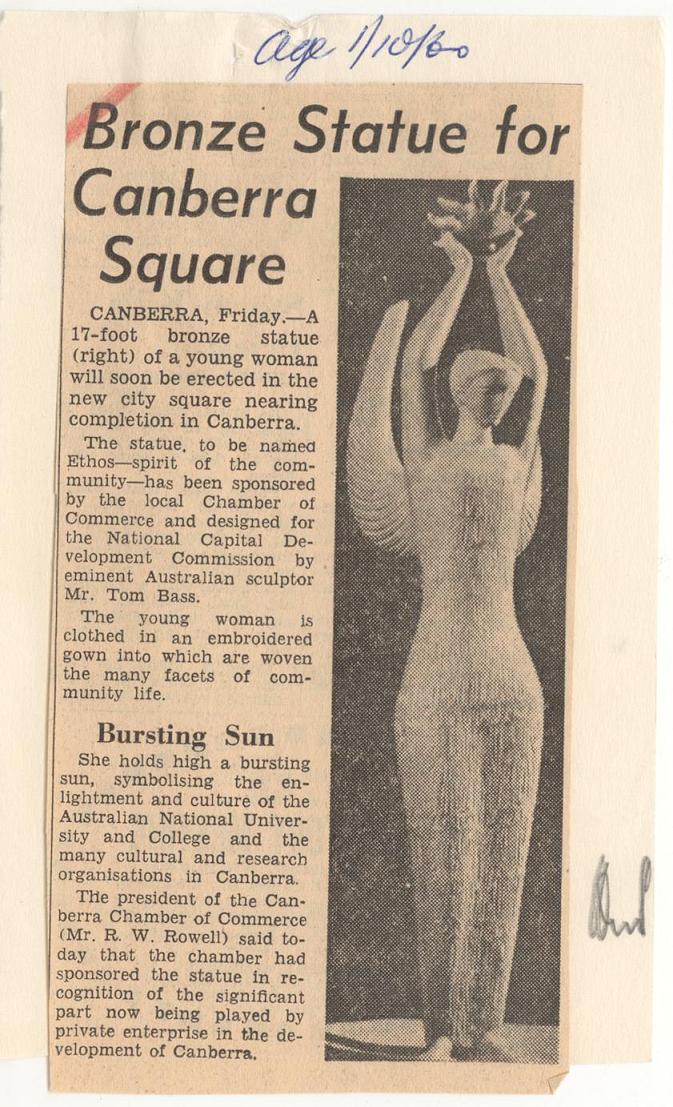 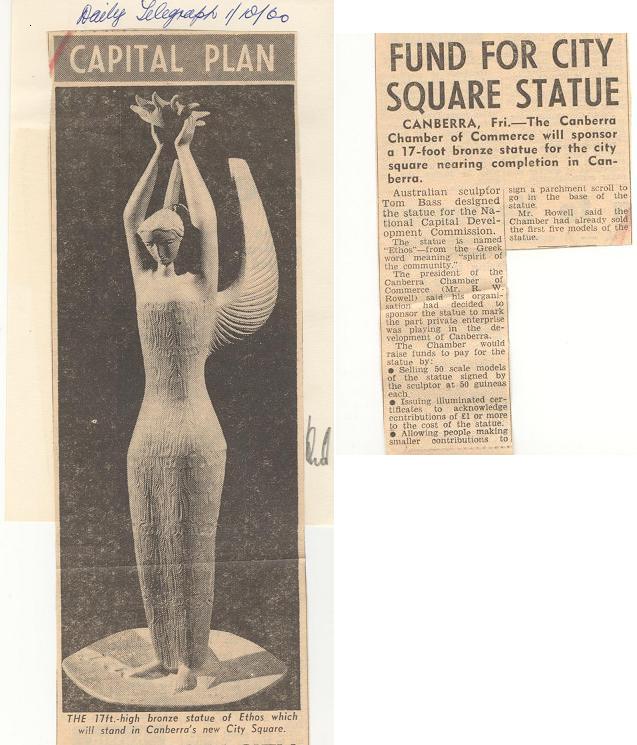 Ethos was unveiled on the 15th of December 1961 by the Hon. Catherine Sidney. The following images show the program for the unveiling ceremony: 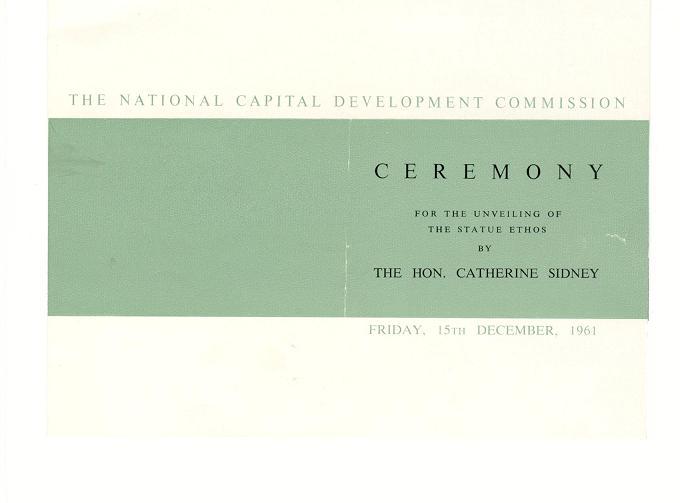 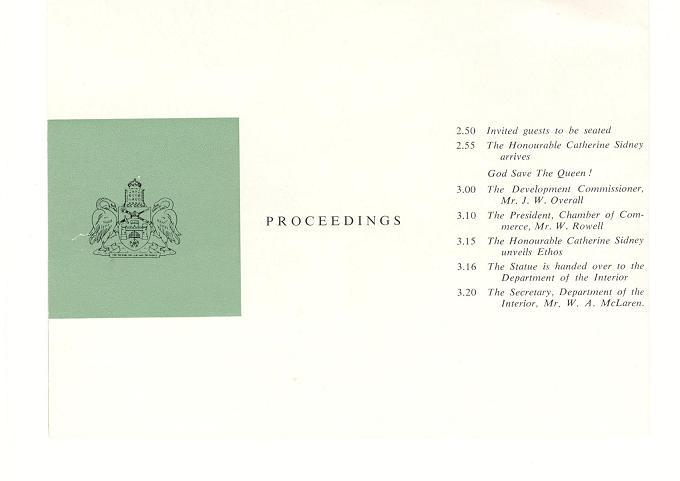 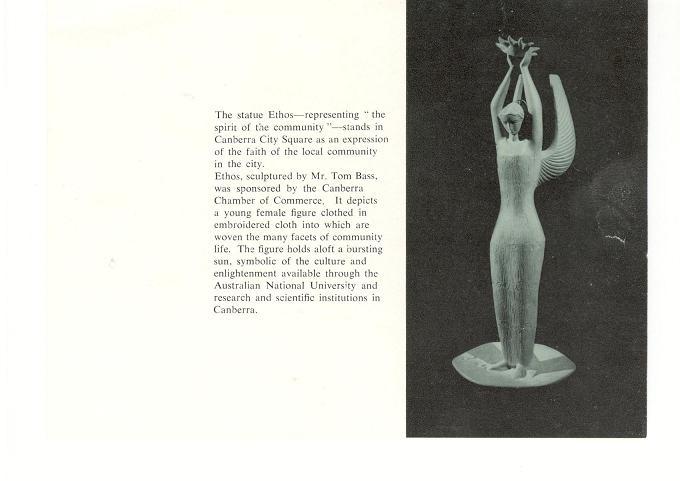 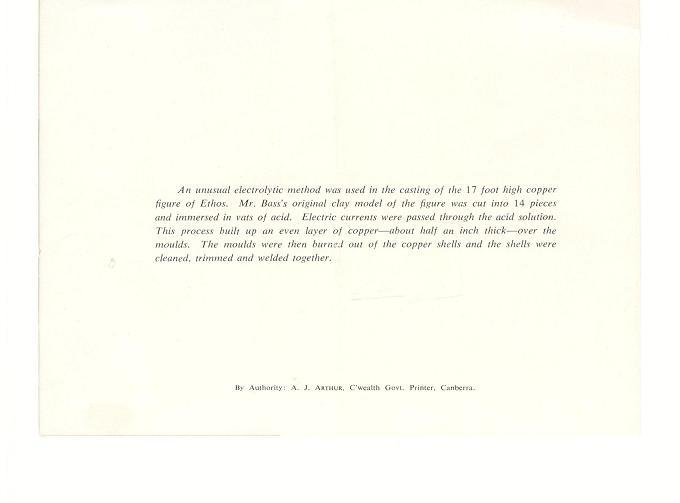 For more works in Canberra by Tom Bass see National Capital Development Commission Works of Art in Canberra, published by the NCDC, Canberra, 1980. 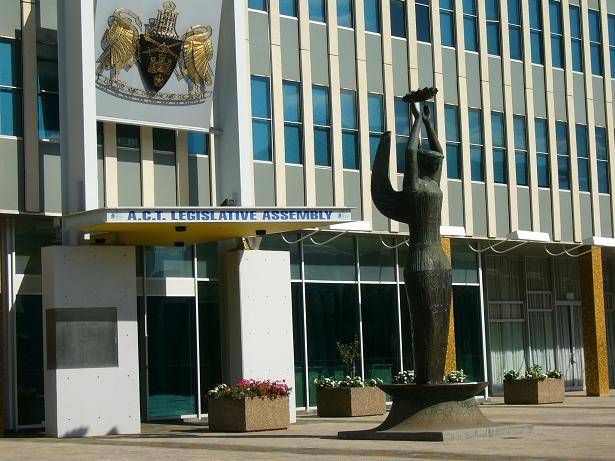