As Canberra is on the verge of the cessation of analogue television transmissions with the full switch-over to Digital TV in 2013, we thought it would be timely to look back to when television first started in Canberra. In June of 1962, CTC7 (now Southern Cross 10) began television transmissions in Canberra from their Black Mountain tower.  Prior to this some residents had installed high mast antennas in an attempt to pick up the Sydney stations.

The file ‘61/29/0 - Television Antennae’ documents how the introduction of a local broadcaster concerned NCDC town planners who were fearful that “unsightly” television antennas on every house would damage the Garden City’s appearance. 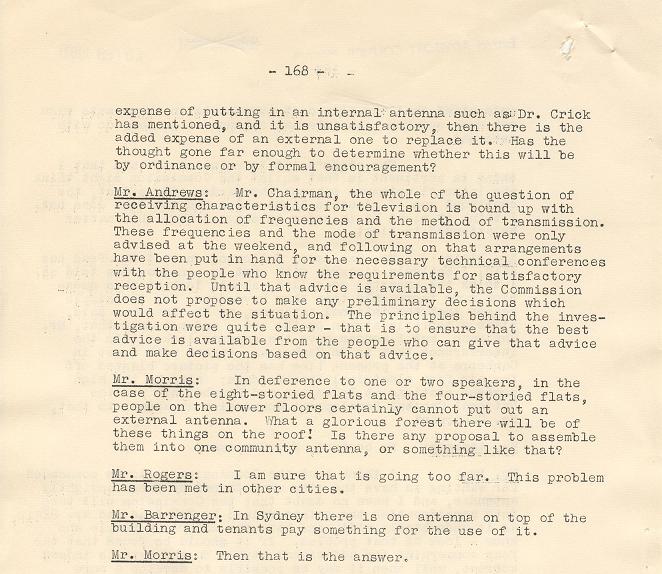 To overcome this, the Postmaster-General's Department was approached to design a large antenna that would fit inside the roof cavity of houses. At this time Belconnen had yet to be developed and work was just starting on the Woden Valley so internal antennas were suitable for much of Canberra. 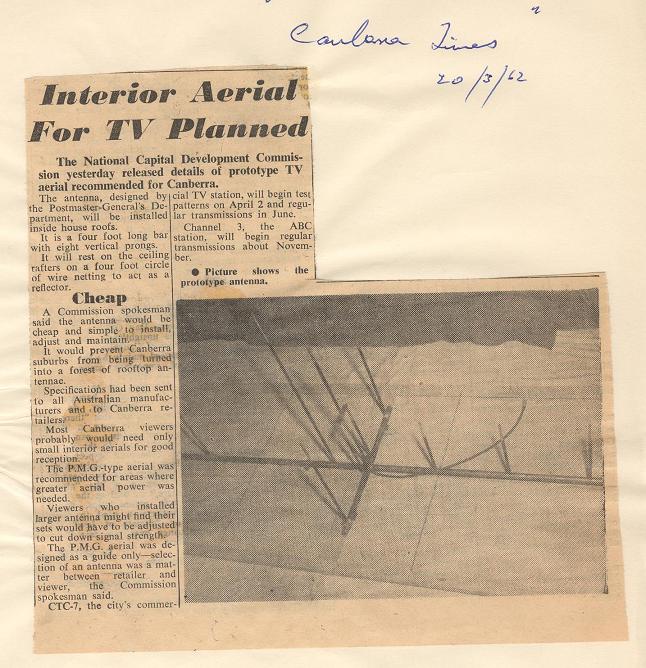 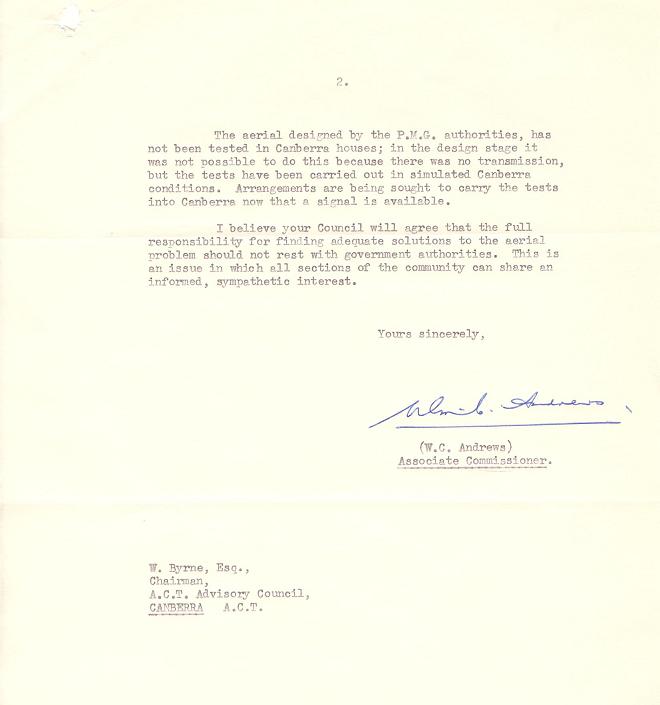 At that time there was no legislation preventing the erection of TV antennas in Canberra. 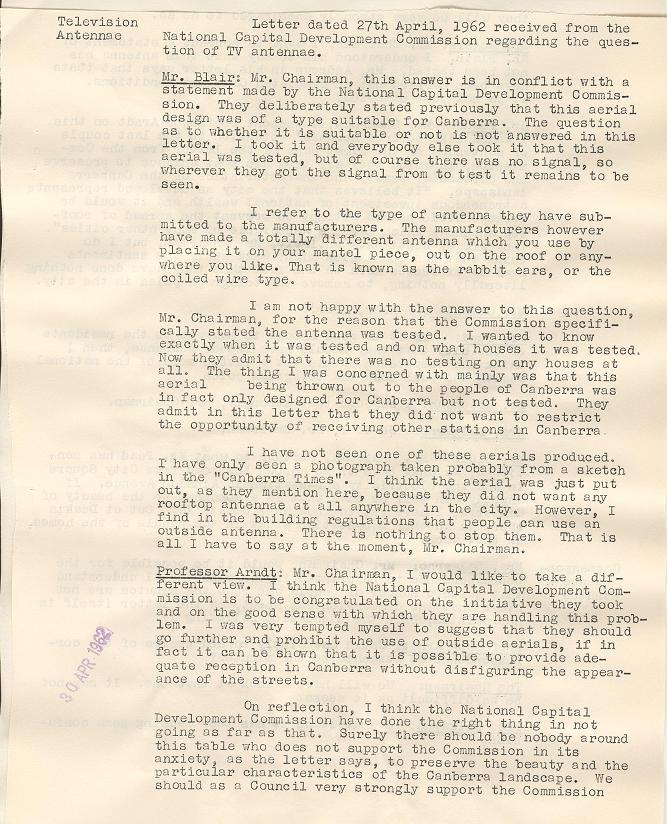 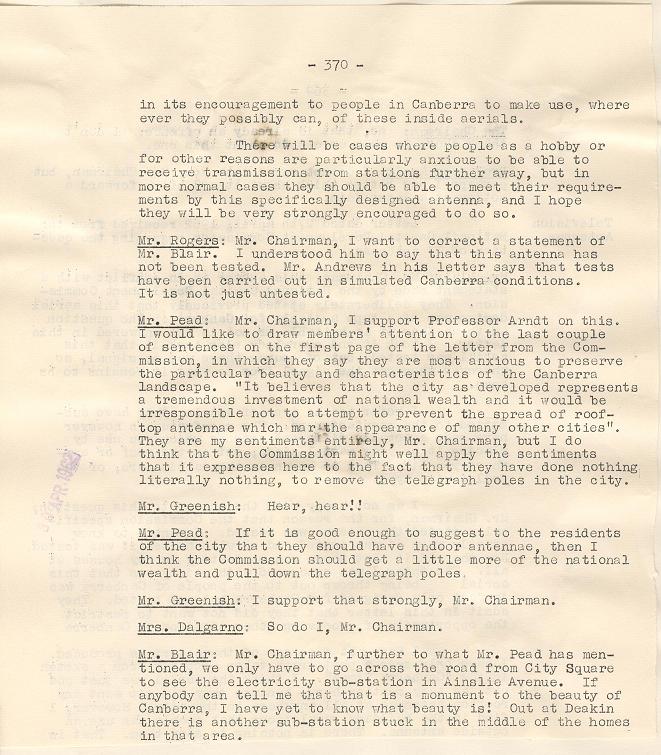 However there were many suggestions that legislation be passed to make it illegal except in special circumstances. The following folio indicates that the ‘Buildings (Design and Siting) Ordinance’ was co-opted for this purpose “that no external structures of any kind will be erected without approval of the National Capital Development Commission”. 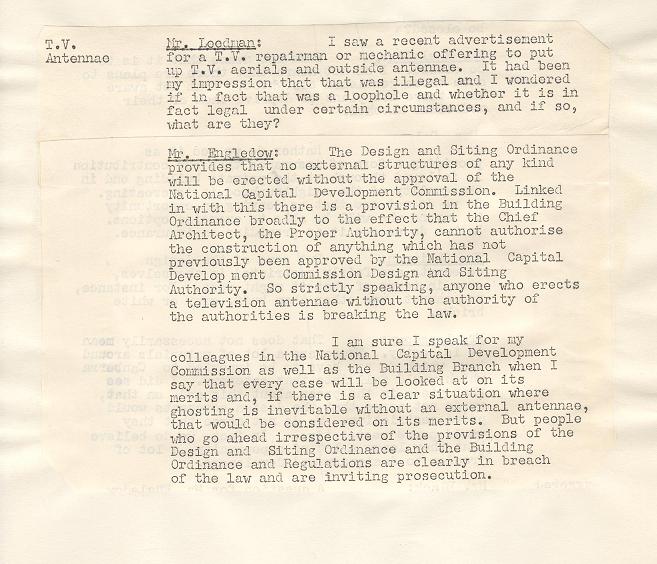 As Canberra has expanded, the need for external television antennas increased so these restrictions on seeking approvals have over time been removed. Today an external antenna is essential to get the most out of Digital TV regardless of what part of Canberra you live in.

The current Legislation can be viewed here: Planning & Development Regulation 2008