Indigenous Place Names in Canberra in 1928

NAIDOC Week has been held each year during the first week of July since 1957. NAIDOC (the National Aboriginal Islander Day Observance Committee) established this week to celebrate the history, culture and achievements of Aboriginal and Torres Strait Islander peoples. To celebrate NAIDOC week, Archives ACT is looking back to the founding and naming of Canberra.

The use of Aboriginal words in naming roads, suburbs and towns is common across Australia and Canberra is no exception. The publication ‘Report in Regard to the Naming of Canberra’s Streets and Suburbs’ from March 1928 records the reasons behind the selection of names for Canberra. 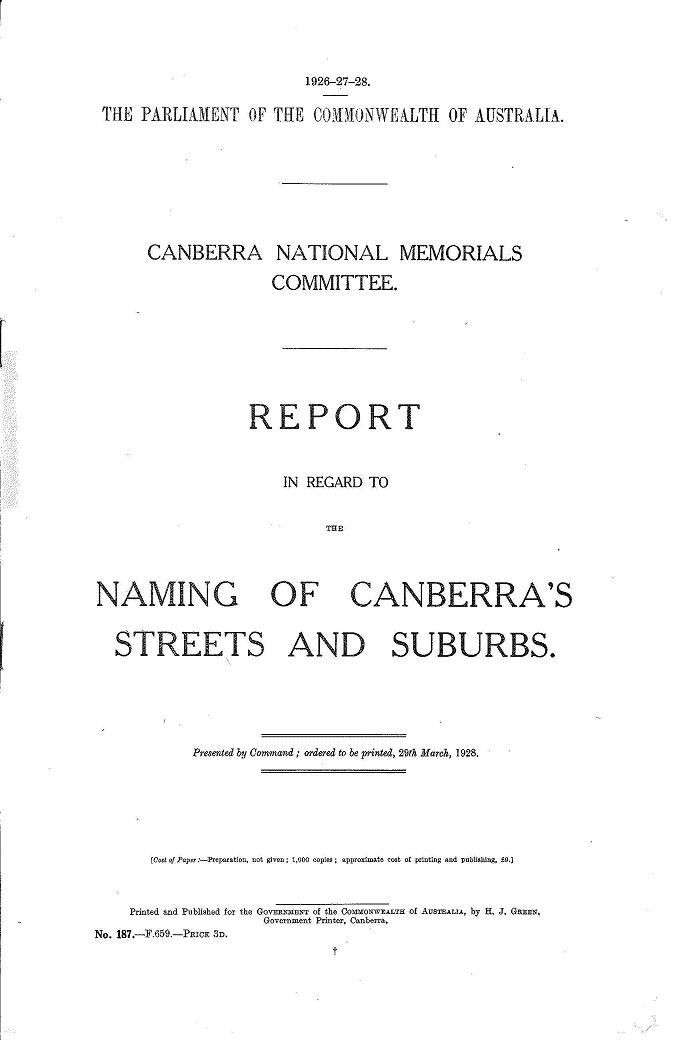 The following is an extract from page 7 of the report dealing with the use of Indigenous words in the naming of Canberra.

The areas Jerrabomberra, Mugga, Narrabundah, Pialligo and Yarralumla retained their Aboriginal place names which had been "associated with the locality since the days of the early settlers" (1). Both the Report and Gazette fail to provide meanings for these names. The report states that these place names along with the name Canberra as being “all well-known aboriginal names, but of doubtful meaning” (2).

Most of the words used are the names of native flora and fauna (e.g. Dirrawan meaning Emu and Currong meaning Silver Wattle) or descriptive words (e.g. Alinga meaning Sun) and are "representative of all the principal Australian dialects” (3). 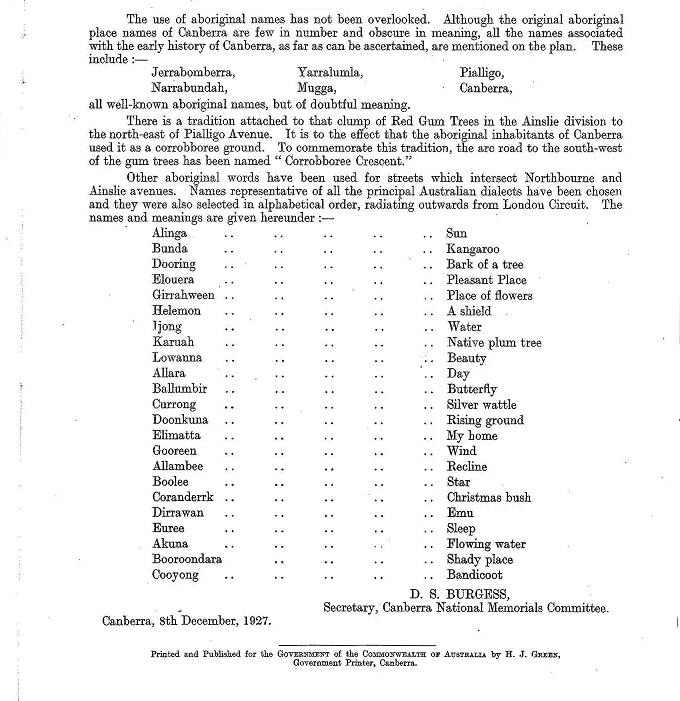 What follows is the complete ‘Commonwealth of Australia Gazette No.99 Thursday 20th September 1928 – National Memorials Ordinance 1928' listing all the words and names that were to be adopted in the original naming of Canberra. 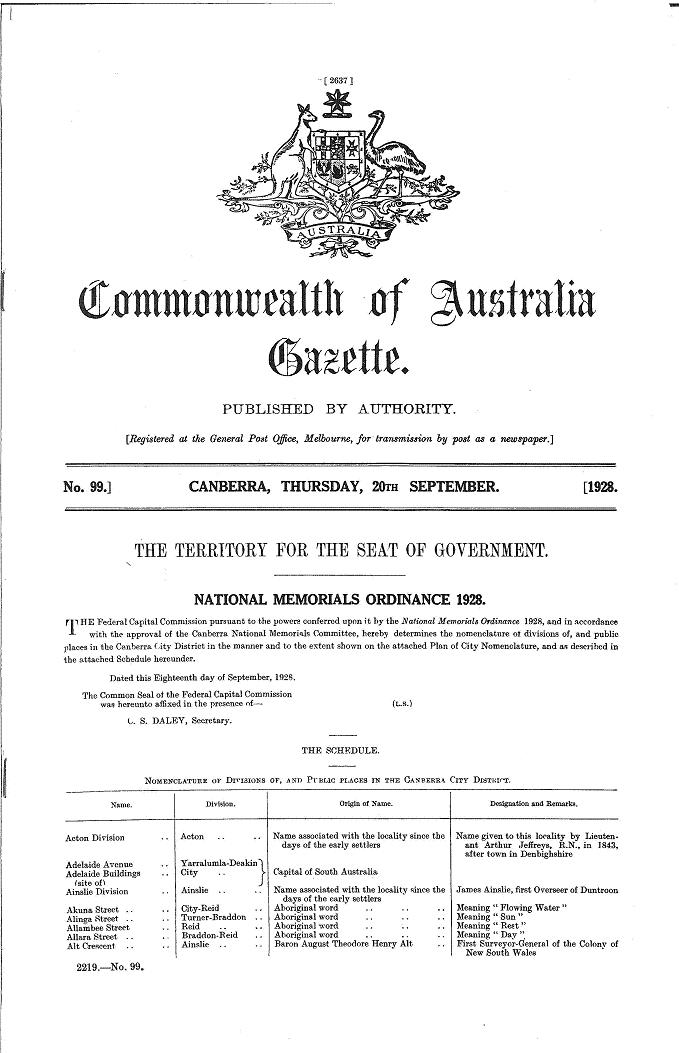 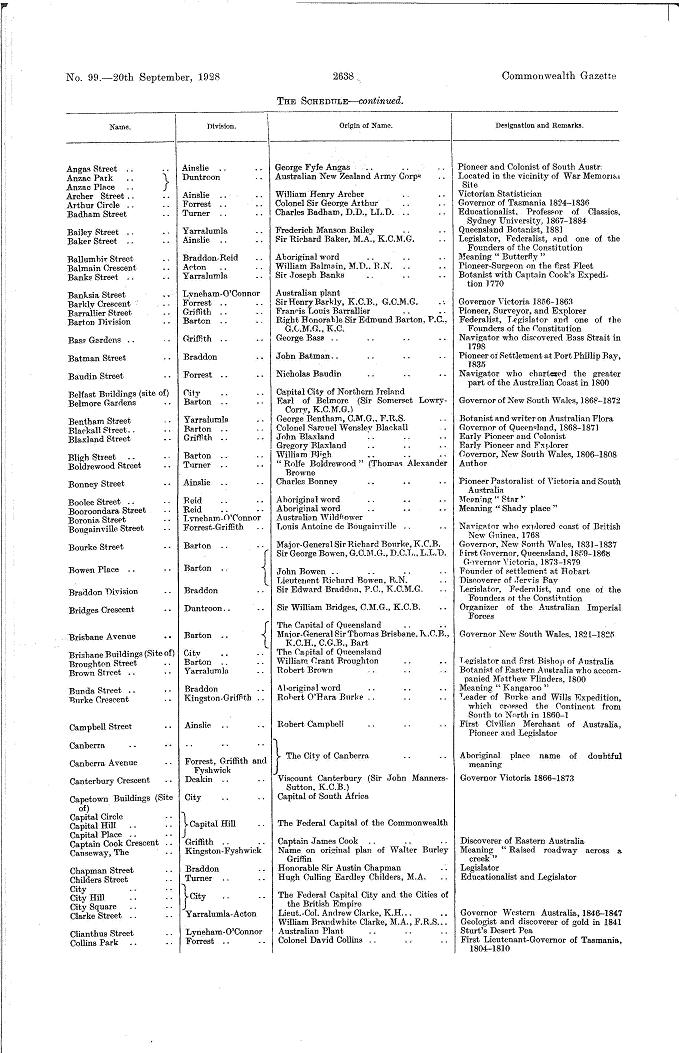 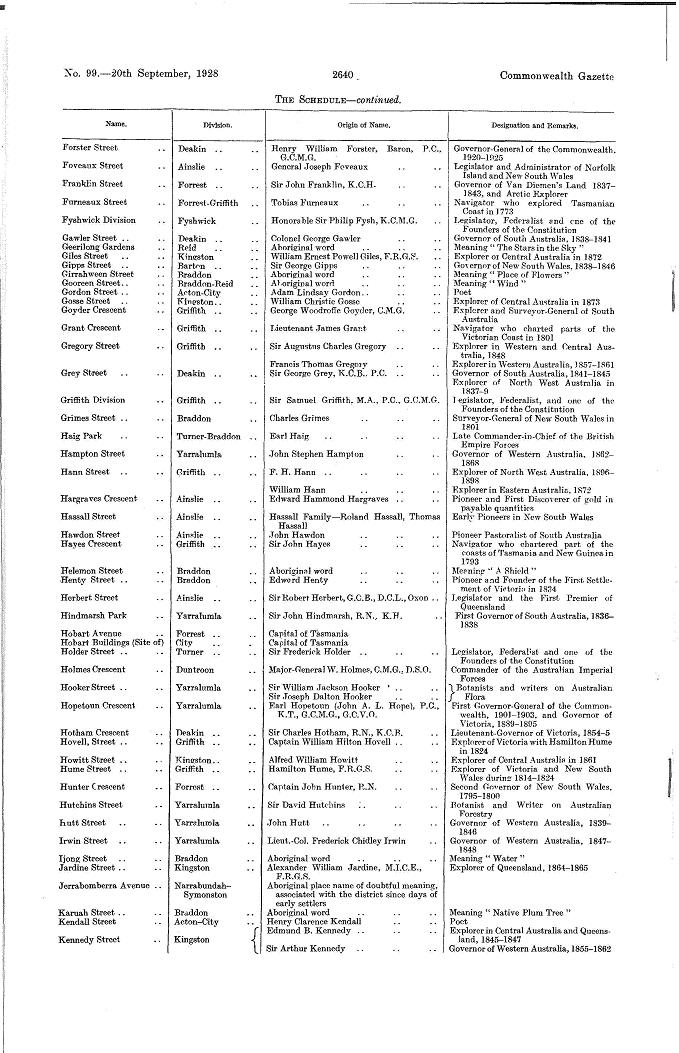 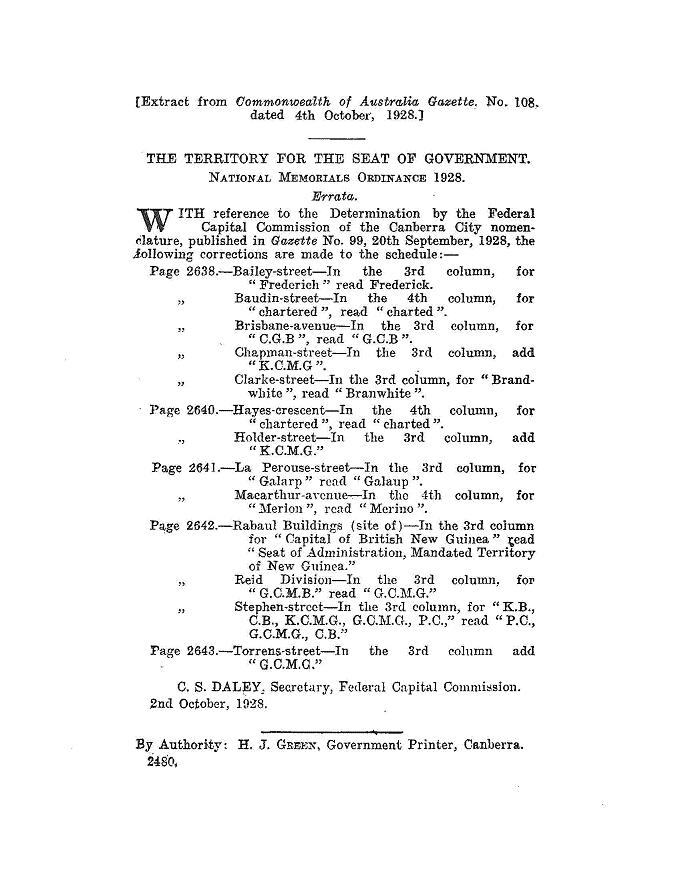 If you want to learn more about Canberra’s place names, ACTPLA have an excellent ‘Place Name Search’ page on their website which provides name descriptions, meanings and origins for most of Canberra.